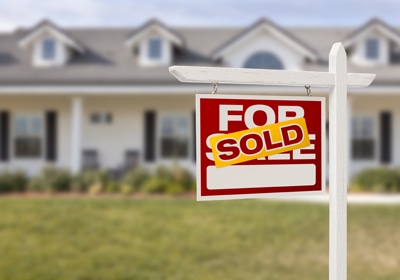 However, the Federal Reserve’s decision to raise interest rates could affect demand in the future.
March 15, 2017

For months, Twin Cities homeowners have been apprehensive to re-enter the real estate market, uncertain if they’d secure a home themselves as demand intensifies among potential buyers. February was no different, the Minneapolis Area Association of Realtors (MAAR) said, as the number of homes available remained at a 14-year low — a mark the area hit last November.

While pending sales are through the roof (rising once again in February), the inventory of available homes has steadily decreased. At the current rate buyers are scooping houses up, there is only 1.8 months of supply left — meaning the market would bottom out if no new listings were made. MAAR said this is the second lowest inventory level it had seen for any month since the start of 2003.

“As we move into the spring market, more buyers will compete for limited inventory, making this environment quite attractive for sellers,” said Kath Hammerseng, president-elect of MAAR, in a statement.

With a pinched supply, the homes that are available have commonly sold around or above their list price. It’s created an environment, MAAR said, where homebuyers have resorted to bidding quick and bidding high.

Furthermore, homes are spending less time on the market. Instead of taking an average of 96 days for a property to sell in February 2016, the average time to sell has fallen by two weeks, MAAR said.

“It’s critical to aim for balance — where neither buyers nor sellers have a clear advantage,” noted Cotty Lowry, president of MAAR. “Diminishing gains on the demand side could already reflect the dramatic supply shortages that today’s home buyers are experiencing.”

As a surprise to some, a study by Zillow recently found that the “hottest” market for homes in the metro this year were the Folwell and McKinley neighborhoods — both in North Minneapolis. The Seattle-based real estate information company said this was likely due to the affordability of the neighborhoods.

“The momentum in the market continues to favor sellers and higher prices,” Hammerseng added, “though not in every area nor at every price point.”

“Job, wage and inventory growth are key to offsetting affordability declines brought on by higher rates,” MAAR said. As the Federal Reserve moved on Wednesday to raise the interest rate, the Twin Cities area could begin to see the high demand for homes soften.