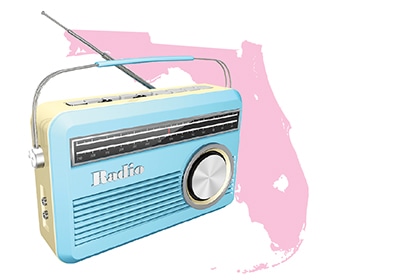 But after spending $28.3 million to buy three radio stations for the Classical South Florida (CSF) network, APMG threw in the baton in July after years of losses. The three stations were sold for $21.7 million to a nonprofit religious broadcaster. Beyond losing more than $6 million on the sale, public filings indicate that through June 2014, CSF had a deficit of $8.9 million “due largely to operating deficits.”

APMG representatives declined to give total losses for CSF, but insist that Minnesota supporters aren’t footing the bill for the costly experiment.

“Sales from other APMG assets, like Rivertown Trading, have been used to subsidize the costs at CSF. No Minnesota Public Radio funds or donor money intended for MPR or Southern California Public Radio have been used to cover the losses at CSF,” wrote Angie Andresen, spokeswoman for APMG, in an email to Twin Cities Business. MPR’s parent sold off the for-profit catalog operation Rivertown Trading Co. to Minneapolis-based Dayton Hudson Corp. (now Target Corp.) in 1998 for $120 million, a large chunk of which went to the nonprofit’s endowment fund.

Classical South Florida had 11 employees; eight of those were laid off in mid-July, one was transferred to MPR and two will remain until the sale closes, according to Jen Keavy, another APMG spokeswoman. In July, APMG also cut 17 jobs in Minnesota—10 from MPR, seven from APMG—as part of a reorganization of its operations. Andresen says that there was no connection between the Florida station sale and the local reshuffling.

Former Classical South Florida board member Richard Rampell spoke out against the sale and voted against the deal. Rampell says that WPBI-FM in Palm Beach had been profitable under its previous owner, Barry University. Rampell says that APMG’s effort to run the operation from afar didn’t work: “In essence, the people up in Minnesota controlled everything.”

Rampell has called for the Florida attorney general to investigate the sale, but is also trying to assemble a new nonprofit group to acquire the Palm Beach station from the new owner. Otherwise, he says, the region will be without an outlet for National Public Radio.

Rampell says his plan would entail the same programming mix as pre-APMG—“that was successful.”