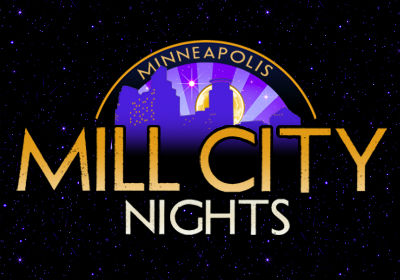 The venue, which is now called Mill City Nights, said that it has renovated the club to create a “smaller, more intimate venue that is certain to deliver on customer expectations.”
August 03, 2012

About four months after music venue The Brick debuted in downtown Minneapolis, it has a new layout and a new name, and it’s set to take a second run at the local market.

The Brick, which is owned by Los Angeles–based AEG Live, opened in March but received backlash from patrons at its inaugural concert and subsequently reimbursed concertgoers who complained of poor sightlines, congestion, and other issues.

The revamped venue, called Mill City Nights, said Monday that it has completed “extensive” renovations that will result in a “smaller, more intimate venue that is certain to deliver on customer expectations.”

The stage has been raised by a foot to improve sightlines from the main level, speakers were added under a balcony overhang to enhance sound quality, risers were added to the balcony to improve views of the stage, and “a new audio package” was installed in the club’s lower-level bar, which has been dubbed The Nether Bar.

The venue also said that additional doors were added at the front entrance “to ensure faster guest entry,” and a new stairway was added to alleviate congestion.

More than 20 new high-definition monitors were installed as well “to ensure an incredible close-up view of the performance from any location in the venue,” according to Mill City Nights. The venue also added local craft beer offerings from Summit, Fulton, and Finnegan’s.

“With three months of ongoing improvements behind us now and many successful shows under our belts, we felt it was the appropriate time to give ourselves a fresh launch in the marketplace,” General Manager Jeff Kehr said in a statement. “A new look and feel should bring a new identity, and Mill City Nights is that new identity.”

Mill City Nights is located in the former home of Christian concert venue Club 3 Degrees, just blocks from the Target Center, which is owned by the city and managed by AEG.

Prior to the club’s March debut as The Brick, AEG Live Senior Vice President Joe Litvag told Twin Cities Business that the goal was to fill a gap in the local marketplace between independent nightclub First Avenue, which accommodates about 1,700 concertgoers, and the much larger Target Center.

Litvag said at the time that The Brick would accomodate 2,000. The renovated Mill City Nights, however, has a capacity of about 1,200.

Litvag also said earlier this year that The Brick would strive to attract corporate and private events, and Mill City Nights confirmed Monday that it will continue to focus on that portion of its business. The venue said that its full-service kitchen, state-of-the-art audio and video equipment, and event planners will make it “unlike anything else in downtown Minneapolis for all types of parties, product launches, and conferences.”

Upcoming concerts at Mill City Nights include acts by Chiddy Bang, Citizen Cope, and Theory of a Deadman.