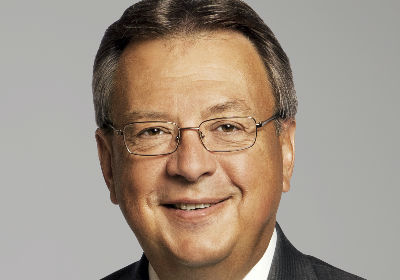 Mosaic Will Buy Back $2B In Stock From Cargill Trusts

Mosaic, which spun off from Cargill in 2004, said that it reached a deal to acquire 43.3 million restricted shares from the Margaret A. Cargill Foundation and the Anne Ray Charitable Trust.
December 19, 2013

The Mosaic Company said Monday that it struck a deal to buy back more than 43 million shares of its restricted stock from trusts associated with the Cargill family.

The stock repurchase, which will be executed over the course of eight months, is reportedly valued at roughly $2 billion.

Plymouth-based Mosaic, a massive fertilizer producer, was formed in 2004 after Wayzata-based Cargill combined its crop nutrition business with a phosphate mining company called IMC Global, Inc. In January, Cargill said it would divest its $24.3 billion stake in Mosaic, and Mosaic's shareholders subsequently approved that deal.

Cargill said its Mosaic divestiture would allow it to meet the needs of the charitable trusts and foundation formed through the estate planning of Margaret A. Cargill, one of Cargill's largest shareholders, who died in 2006. In other words, Cargill transferred some Mosaic shares to the charitable trusts when it sold its controlling stake in the company.

On Monday, Mosaic said that it reached a deal to acquire 43.3 million Class A shares from the Margaret A. Cargill Foundation and the Anne Ray Charitable Trust. Mosaic will first buy 21.7 million of the Margaret A. Cargill Foundation’s shares on January 8, at a price based on its average closing price for the preceding 20-day period. Then, beginning in February, Mosaic will buy the remaining 21.6 million Class A shares in seven equal installments, also based on the average closing price of the days leading up to the transactions.

Several media reports pegged the overall value of the share repurchase deal at about $2 billion.

“This agreement demonstrates our confidence in the future and effectively puts the Cargill split-off transaction behind us,” Mosaic President and CEO Jim Prokopanko said in a statement. “This is a major step toward our goal of a more efficient balance sheet by mid-2014.”

Prokopanko said that Mosaic is also considering purchasing the Margaret A. Cargill Foundation’s remaining common stock, and the company is “continuing to evaluate other shareholder return options as we head into the new year.”

Shares of Mosaic’s common stock were trading down about 1.5 percent at $46.06 late Monday morning.

Bloomberg reported earlier this year that stock sales from the Cargill charitable trusts would “open the door to a sale of the whole company,” meaning the deals would make Mosaic a possible takeover target.

However, Mosaic executives told Reuters in May that a buyout is unlikely in the near term and would be affordable to only a handful of players.

Mosaic is one of Minnesota’s 10 largest public companies based on revenue, which totaled nearly $10 billion in its latest fiscal year.

Cargill, meanwhile, is the state's largest private company, with $136.7 billion in annual revenue.