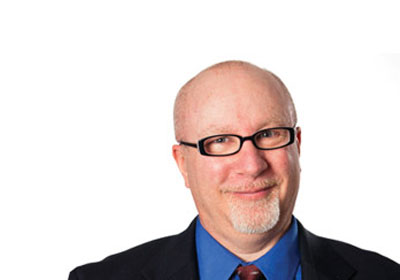 EarthClean is attracting investors with a product that can extinguish a fire in seconds. Now, to generate revenue.
February 01, 2011

A team of firefighters approaches a burning house fully engulfed in flames, grimly determined to work hours and expend hundreds of gallons of water if need be to bring the blaze under control. Instead, after just seven seconds and a few well-placed bursts from their fire hoses, the fire goes out.

Captured on video, this scene is proving helpful in convincing prospective investors to back Minneapolis-based EarthClean Corporation in its quest to change the way blazes are fought. Backers are also persuaded by the uniqueness and low production cost of its product, the experience of its management team, and the quality of its marketing plan.

Unlike other man-made fire suppressants, EarthClean’s doesn’t use toxic chemicals. Instead, TetraKO is 99 percent water, plus a little corn starch and a patented, biodegradable compound. It’s environmentally friendly and delivers qualities superior to anything else on the market.

For example, TetraKO can be placed directly into the water tanks of fire engines instead of being added at the “end of hose,” as is the case with the toxic chemical foams now used to help knock down blazes. It remains a liquid until it is sprayed, after which it turns into a sticky gel that clings to burning surfaces. The biodegradable additive also reduces the amount of water needed to put out fires by a factor of 10, which Ruth says has the potential to substantially cut the dollar amount of destruction at fire scenes, where much of the damage is caused by water rather than the fires themselves.

The challenge now is to take the product to market. Ruth began demonstrating its potential with test burns among “beta groups” of select fire departments, thus building awareness of the product. As a result, EarthClean was able to test out TetraKO at the scene of a church fire in Blaine in December. Ruth will also pursue partnerships with fire equipment distributors to tap their distribution networks. In fact, he’s just signed up a distributor in Oregon as the company’s first paying customer.

It’s an approach that required quite a bit of research, especially from a guy who wasn’t in the fire-fighting business. Ruth has a background in telecommunications and software, and as the CEO of another start-up, Vallon, LLC, a personnel company that contracts out executive talent for project and interim assignments to corporations and businesses. He knew enough from those experiences to do complete due diligence on EarthClean “like a potential venture capitalist would,” he says, before agreeing to help commercialize its product.

“I spent a good six months doing research and doing a complete evaluation of the competitive landscape,” he says. “It took me that long to really establish the fact that once it came out of R&D, this technology could be extremely different than anything else that has been used in firefighting before.”

Silicon Valley venture capitalist Christopher Vargas agrees with him. Vargas is part of Cleantech Circle, LLC, a group of 12 entrepreneurs and angel investors who are passionate about clean technology and the environment, and have either founded companies or been CEOs of start-ups.

Vargas was one of the judges at November’s Cleantech Open in San Jose, where EarthClean placed third overall in a national competition among hundreds of entrants for the most promising companies developing environmentally friendly technology. By placing so well, EarthClean won $40,000 worth of investments and services.

“EarthClean is a great company and scored very highly in the investment criteria we use,” Vargas says. “We ask, ‘Are you solving a real problem in that market today?’ For EarthClean the answer is yes.”

What’s more, Ruth demonstrated that his firm could be profitable fairly quickly. Based on how the product is made, how it will be sold, price points, and anticipated margins, “it sounded like a very reasonable, very achievable goal,” Vargas said. “A big criterion for that—and this is the most important—is whether the market is large enough and interested enough to absorb this solution quickly. Will customers buy it?”

As a pre-production company, Ruth says he expects revenues of $400,000 this year and to be profitable by early 2013. Now out of the R&D phase, the next round of financing will be used to get the product to market.

The marketplace for fire equipment, meanwhile, is a largely hidden one, dominated by distributors who count individual fire departments among their customers. Advising EarthClean on this part of the equation is JoAnne Tyler, a sales representative for Jefferson Fire & Safety, Inc., of Middleton, Wisconsin. She says firefighters used to dealing with the existing batch of highly toxic chemical foam suppressants are impressed with EarthClean’s product.

“We’re the ones who are out with the fire departments on a daily basis,” she says. “If the dealers latch onto a worthy new product, they’ll take it on and have sales meetings and do training with it.”

From there, a new product can catch on like wildfire.