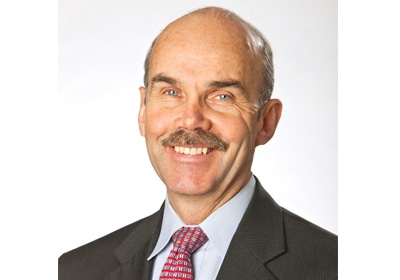 Minnesota's shortage of entrepreneurs-turned-investors is starting to hurt.
May 01, 2011

Has Minnesota lost its entrepreneurial mojo? If so, it was a breathtaking dive. Venture capital funding secured by Minnesota companies in 2010 plummeted 48 percent to $139.5 million, the lowest level in the 15 years that the National Venture Capital Association and PricewaterhouseCoopers (PwC) have reported such data.

Minnesota’s medical device and biotech companies grabbed 94 percent of those dwindling funds—placing nearly all of the state’s entrepreneurial eggs in one basket, so to speak. With the 44 percent drop in 2009, venture capital funding of Minnesota companies has fallen 70 percent in two years.

Minnesota’s dismal venture capital funding numbers raise several important questions. Are there 70 percent fewer investable ideas in Minnesota than there were two years ago? Why are Minnesota’s software, energy, media and entertainment, and IT service sectors—all rapidly growing areas for venture capital funding elsewhere—being passed over? If young companies are the top job creators, what does this slide in investment mean for Minnesota’s economic future?

Ever since Earl Bakken connected a portable battery to a heart pacemaker in his northeast Minneapolis workshop in 1957, a large part of Minnesota’s entrepreneurial identity has been defined by the life sciences and medical device industries. It’s a territory Franklin Pass knows well after more than 25 years as a life sciences inventor, entrepreneur, and investor. Trained as a physician and medical scientist at the University of Minnesota, Pass founded several biotech companies in Minnesota and around the world. He also picked up a Series 7 broker’s license and served a stint as an investment banker. Pass now sits on the boards of a few small biotech companies and is a senior advisor at Minnetonka venture capital and financial advisory firm Cherry Tree.

Pass points to the usual reasons why investments in general are more scarce than years ago: shorter investment time horizons, pricey valuations, and increased pressure to make a return on investment, particularly given today’s narrow and burdensome process for taking a company public and then making a market in its stock. But he also has his own theory about what ails Minnesota’s venture funding scene: The state has too many serial entrepreneurs and not enough professional investors.

Pass proudly describes classic serial entrepreneurs as “restless, odd, strange people—like myself.” But he also acknowledges a downside: Serial entrepreneurs “find themselves in a new business situation every five or six years, and hardly ever acquire a great deal of wealth.” Consequently, they have little or no liquidity, so they’re not able to go forth and fund other start-ups.

Pass points to Hybritech, one of the world’s first biotech companies. Founded in 1978 in San Diego, Hybritech was bought by pharmaceutical giant Eli Lilly for $400 million eight years later. Most of the young founders and many early employees, all new millionaires, went on to start other biotech companies. In other words, classic serial entrepreneurs.

But a few Hybritech alumni, including founder Ivor Royston, “got in and out relatively fast,” Pass notes. They became professional investors who lent not only their money but their experience and expertise to entrepreneurs coming up behind them. The significant presence of entrepreneurs who become investors is what Pass describes as “a huge difference” between San Diego and Minnesota.

The most recent PwC report backs up Pass’s theory. Venture capital funding for medical device companies in 2010 was roughly equivalent in each region, at just over $110 million. From 2006 through 2010, Minnesota companies actually outpaced those in the San Diego area, raising $1.05 billion compared to $832 million.

The fourth-quarter 2010 stats show that seven Minnesota-based start-ups secured nearly $32 million in funding from 17 venture capital firms—eight from California, three from Minnesota. That same quarter, eight Minnesota-based venture capital firms were among those that raised $60 million in financing for 11 different companies. Six of those firms from California; two were from Minnesota.

With a few exceptions, the closest Minnesota entrepreneurs and Minnesota venture capitalist are connecting with each other may be the Delta Air Lines terminal at Minneapolis/St. Paul International Airport.