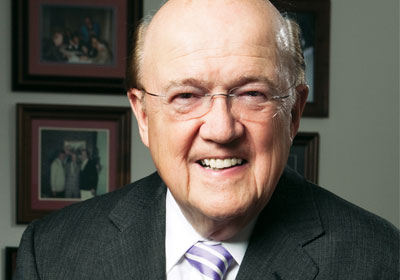 Did Manny Villafaña’s latest IPO get help from high places? It sure could have used some.
June 01, 2011

The good Lord saw fit to give me a narrow, little window—and I got through it!”

Describing his most recent initial public offering, Manny VillafaÃ±a sounds for a second like he almost didn’t believe it would come off, as he sizes that divine opening with his finger and thumb.

VillafaÃ±a is talking in his Plymouth office about his recent fundraising experience—taking public Kips Bay Medical, Inc. (Nasdaq: KIPS). VillafaÃ±a’s story as a med-tech pioneer is well known—a Bronx-born serial entrepreneur who left Medtronic in 1971 and went on to found Cardiac Pacemakers (which became Guidant, which was later acquired by Boston Scientific), St. Jude Medical, and several other med-tech firms.

His newest company is seeking to commercialize the eSVS Mesh, a sheath for use in coronary artery bypass grafting (CABG) surgery. VillafaÃ±a launched Kips Bay in 2007 after Medtronic approached him with the eSVS intellectual property, which the Fridley med-tech giant acquired from a South African surgeon. Medtronic licenses in hand, VillafaÃ±a raised of total of $15.9 million from a group of private investors and business associates in “three or four” private placements. This funding enabled Kips Bay to begin initial product development and overseas clinical trials. But Kips Bay needed to raise additional capital to continue development and undertake U.S. Food and Drug Administration trials.

In January 2010, VillafaÃ±a was looking for another round of private financing when two New York investment banks, Jefferies & Company and Rodman & Renshaw, approached him separately, each suggesting it could take him public in order to raise the needed funds. VillafaÃ±a signed on with Jefferies, but by early fall was frustrated with the slow progress.

“They couldn’t finish the deal because the markets were so bad,” VillafaÃ±a recalls. “I had to push them to say, ‘Guys, we need some money.’ They could not do the deal quickly enough for us . . . So we pulled the plug,” paying a kill fee, but moving on.

VillafaÃ±a went back to the other firm, which he is quick to praise: “They are a great group. They raise a lot of money on the Street.” By November, Rodman & Renshaw was leading three other comanagers as they prepared Kips Bay to go public. (Therein may lie a lesson for a tough market: You’re more likely to succeed if you spread around the work—and the wealth.)

But a no-deal market was not the only obstacle. The environment at the U.S. Securities and Exchange Commission (SEC), VillafaÃ±a says, “has changed drastically since the Bernie Madoff incident. They took us through 9 or 10 reviews of our filing documents. Typically, we would have had two to three reviews. The process, which in my past experience normally would have taken us three to six months, took us 13 months.”

Kips Bay filed its first IPO registration (S-1) on April 8, 2010. The 10th amended version was finally deemed “effective” by the SEC in February of this year. “The environment was very difficult,” VillafaÃ±a recalls. “The market was not doing any IPOs.”

Kips Bay went public on February 10, thus becoming the first Minnesota IPO in 2011, and the only one in the state this year as of early May. It came out at $8 a share—“at the low end of a range of $8–$12” as reported by the wires. The offering raised $16.5 million—$13.6 million after subtracting deal costs.

“We were in a very difficult situation,” VillafaÃ±a says. “We were shooting for somewhere in the $20 million range. So we raised 80 percent of what we had hoped.” Still, he adds that the IPO “gives us enough money to begin our process. And whenever we need additional funding, we will go back to the markets.”

Invoking divine intervention when describing the IPO seems appropriate when you consider the biblical proportions of some of the challenges VillafaÃ±a and his team of 13 employees faced.

The day after they locked in their price, uncertainty crept back into the markets, when Egyptian President Hosni Mubarak resigned, ending a three-week drama that dominated cable news and rattled the markets. Four days later, street protests erupted in Libya, sending oil on its way to $110 a barrel and the financial markets into another sweat. On March 11, exactly one month after Kips Bay’s IPO, Japan’s north coast was devastated by a record-shattering earthquake and tsunami—and the IPO window temporarily slammed shut again.

Now that Kips Bay’s stock is out and trading, the company faces all the challenges of being public. One big problem for many small companies post-IPO is that they lose all research coverage. But VillafaÃ±a isn’t concerned.

“Let’s face it—if you’re a medical analyst, you follow Medtronic, St. Jude, Boston Scientific,” he says. “But who’s the guy that started St. Jude? Who started Guidant? Who started with the early days of Medtronic?

“Who’s the guy that did all those? It’s Manny!” he adds with charming chutzpah. “So if you’re a medical analyst and you’re given the assignment to follow medical technology companies, you might as well start with Manny!”

Closing the interview, VillafaÃ±a indicates the mementos in his office. They include family photographs, a pencil drawing of Kips Bay Boys Club in New York (after which he named the company), and pictures of himself in surgical scrubs, beaming next to a surgeon preparing to do the first-ever implant of one of his devices.

Then there is the Minnesota license plate that spells out QUITNVR. What does it mean? Says VillafaÃ±a, growling the last word for emphasis: “Quit? Never!”