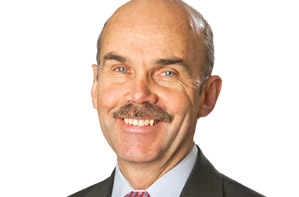 There are a dozen or so middlemen in the Twin Cities dedicated to helping early-stage companies find capital. Few, however, have been at it as long as Rich Daly, whose historical perspective is particularly useful given how much the environment for early-stage financing has changed in the past 15 years.

Daly grew Comserv Corporation from a small start-up into a global software corporation that became one of Minnesota’s first publicly traded software companies in the early 1970s. He then founded a business consultancy firm, Burnsville-based Consatech, Inc., which has in the past two decades advised close to 200 start-up and early-stage computer software and services companies. Daly also has helped raise more than $175 million in financing for many of those companies.

How are companies raising capital in today’s tight-money environment?

Rich Daly: You have to go beyond conventional venture capitalists and hidden angel-types, and find investors with a special reason to get involved, perhaps because of what they do. A company’s founder often hopes to someday sell his business. Between now and then, potential buyers can make for good strategic partners, if not investors.

There are economic development players that provide start-up funding, too. Sometimes it’s to attract companies to smaller communities or rural areas. I’ve helped with six of these types of transactions over the years.

Communities are very helpful and excited about the jobs this can bring to them. But the entrepreneur [must] keep in mind that each community or regional area has its own interests and over time, they change. Biofuels are big right now, for example. So you have to know the focus of whoever you’re talking with.

Minnesota’s start-up and venture capital funding community has a reputation for being very conservative and risk averse. Is that a fair perception?

Daly: It’s hard to generalize because it changes all the time. In the 1980s, small brokerage firms could raise plenty of capital for start-ups. They had local clients willing to invest, and you saw a lot of initial public offerings—a trend that continued into the mid-1990s. Larger venture capital firms that started here opened offices on the coasts, where they found more attractive opportunities. And as that happened, some of the money shifted away from Minnesota. Funding for start-ups became more dependent on angel investors, who were more aggressive back then than they are now.

When I’m working with start-ups today, I tell them it’s a waste of time to try to go to conventional sources of financing (venture capital firms, banks, brokerages) because their probability of receiving it is so low. They’ll waste a lot of time chasing it.

But Minnesota still has a good base of seed-stage investors here willing to take on risk. Look at the medical device industry. Despite the time frames and risks involved in that business, Minnesota has done well. For every guy like Manny VillafaÃ±a [founder of St. Jude Medical] who made a lot of money in medical devices in Minnesota, there are 10 who didn’t. That’s the nature of that business.

Daly: The trouble with high-tech companies is they often don’t have any hard assets, while economic development funding sources are set up to provide space and do asset-based lending. Some start-ups also are pre-revenue, while many investors like to see at least some revenue before buying in. Sometimes you can get an angel investor to do “side by side” funding, where they provide some personal money to bring a business to a community. The RAIN Network in Northfield is a good example of that.

What’s the best approach for a company looking for funding?

Daly: Generate revenues first. It’s a real struggle—especially when building a business in a focused niche—to get beyond the start-up stage to where you’re generating revenue. At Netbriefings [a St.Paul business that’s in Daly’s portfolio of companies], we brought programmers over from India and went into the outsourced staffing business to create cash flow before we generated revenue on the software business. Then we went out and raised money.

How does Consatech work with companies?

Daly: With most companies, I take a very small retainer ($500 a month) and some equity, and become a part of the company to help them where I can. We meet at least once a week. I’m always involved in helping them to raise money, but I’m not in the business of raising money. I’ve been through it enough to know who to go to and how to put it together. I tend to have eight to 10 companies at a time as clients.

Today, all my clients are SaaS [software as a service] companies. It’s a hot area with very good margins once a company is up and running. The companies I work with now are a diverse lot, from compliance software for medical device manufacturers and on-line meeting and lead tracking, to public works construction bidding and RFID tracking of prison inmates.

Of the companies you’ve worked with, how many made it?

Daly:About one third ‘made it,’ in that they didn’t go out of business. And about half of those companies were successful enough to be acquired.

SPS Commerce [formerly St. Paul Software] is a good example of what can happen with start-ups. It raised $40 million to $50 million through three rounds of venture funding it needed to survive. It then found itself needing additional funding during an economic downturn. The VCs had to put more money in, and by the third round, they owned the company and installed their own CEO. I’m not criticizing them. They take high risks, and the company survived because of them. And SPS went on to do an IPO. [NASDAQ: SPSC went public a year ago this month at $14 a share and hit a high of $17.30 this February. Its market capitalization is about $190 million.]

What happened to the other companies? Why didn’t they make it?

Daly: It’s usually about management team issues, funding problems, or an opportunity that went away. An awful lot of new companies I meet with don’t have a viable business opportunity. A company needs strong drivers that it can take advantage of, such as compliance and mandate requirements today. Unless a company is responding to a business opportunity, it’s pushing against the rope.

Daly: I was recently talking with Joy Lindsay and Tom Kieffer [chair and vice chair, respectively, of the Minnesota High Tech Association]. It’s interesting how many initiatives are underway encouraging innovation, making it easier to start companies and to help Minnesota’s entrepreneurs.

I had a meeting yesterday with two guys, and am having lunch today with three more talking about their start-ups. There is no lack of interest and energy out there.