A local company believes that the market can support a new crutch design.
December 01, 2011 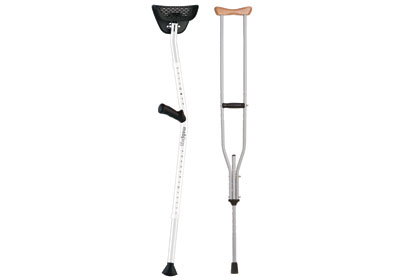 “Crutches haven’t changed much since the Civil War,” says John White, CEO of Bloomington-based Mobi. (Or, if you prefer a more seasonal comparison, since A Christmas Carol’s Tiny Tim.) Industrial designer Jeff Weber learned that firsthand a few years back, when a broken heel required him to use crutches—and find out how badly designed they are. Weber, who has designed human-friendly products for Herman Miller (the Embody chair, the Envelop desk), decided an update was long overdue. After developing a prototype, he connected with White, a serial entrepreneur looking for a new opportunity.

The Mobilegs crutch hit full release in June 2011. Six months later, the company had sold nearly 5,000 pairs of Weber’s more cool and comfortable designs. He and Mobi now are developing a new cane design called the Mobistick. The Pohlad family is among the start-up’s investors.