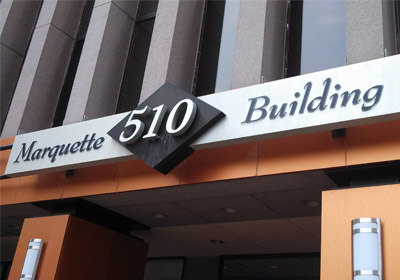 The firm said it signed a long-term lease for 45,000 square feet of office space in the renovated 510 Marquette building, which once housed the Minneapolis Federal Reserve.

Weber joins its fellow Interpublic Group (IPG) agency Campbell Mithun, which announced in December its plan to move into the building. Weber is also bringing along IPG agencies Octagon and Constituency Management Group, which currently share office space with Weber in Bloomington. The firm said the move will bring a total of about 200 jobs to the downtown area.

Weber said it has had roots in downtown for more than 30 years. Founded as Mona Meyer McGrath & Gavin, the firm became part of Weber Shandwick in 1988 and consolidated its two offices in Bloomington in 1991. Weber’s lease in Bloomington expires July 2016; the firm had occupied a Normandale Lake Office Park building since 2001.

“Moving our office back into downtown Minneapolis and specifically into the incredible space that is being created at 510 Marquette makes perfect sense for our agency,” Eric Pehle, executive vice president and general manager of Weber Shandwick Minneapolis, said in a statement. “We will design a work space that matches who we are as an agency and fosters the engaging work we provide our clients. And we will be better connected to the growing Minneapolis creative community and our IPG agency partners.”

Campbell Mithun will be the primary tenant in the 13-story building when it moves in the fourth quarter of this year, taking up about 65,000 square feet of space on the 10th through 13th floors, as well as the rooftop and penthouse. Weber will occupy the second and third floors. New York-based TPG Architecture will design the office space.

In related news, Weber recently beat out national competitors to be named the “2014 Large Agency of the Year” by The Holmes Report.