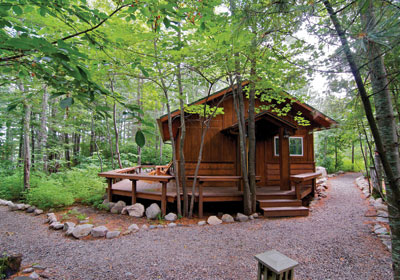 A group of small Minnesota resorts takes an unorthodox approach to competition.
July 04, 2013

As lakeside resorts get bigger and splashier, what’s an old-school lake lodge owner to do? Open the books to your competitors, of course.

Or at least that was the idea of resort owner Mark Ludlow, who owns Ludlow’s Island Resort on Lake Vermilion. “We found most of us were just squeaking by with poor returns on our resort investments,” recalls Ludlow when he and five other Minnesota resort owner-operators gathered in 1996. They believed they needed to pool their marketing efforts, share strategies, and even inspect each other’s financials, while remaining competitors for visitor dollars. To say the approach was unorthodox would be an understatement.

So have those returns improved since they got together? “Unfortunately, not much,” Ludlow says with a laugh. “Our industry in general does not have great returns on capital.” But he believes that his resort has still benefited. For one thing, “I think we’re smarter marketers because of our relationship with one another.” The owners critique each other’s marketing efforts, both in print and online, and Ludlow acknowledges he has learned about social media and other digital outreach from colleagues. The members also suggest ways to update dÃ©cor and appointments without sacrificing charm.

The Distinctive Lodges membership has changed over the years. Only three of the original six members remain; four or five have come and gone. Membership now stands at five (Bearskin Lodge and Gunflint Lodge, both on the Gunflint Trail, Kavanaugh’s Resort near Brainerd, Ludlow’s near Cook, and Lutsen Resort on Lake Superior). Ludlow says member lodges refer each other’s properties to regulars looking for a change of pace.

With the number of owner-operator resorts shrinking in Minnesota, Ludlow believes his group has a mission to preserve the intimacy and charm of smaller lakeside hostelries. “We offer an opportunity to thousands of people to put them on the water,” he says. Tourists might not be able to afford their own lake cabin, “but they can afford a lake experience in one of our resorts. I think that’s pretty important.”