MN Ranks As The “3rd-Healthiest State” In U.S.

Minnesota ranked third in the nation in a recent United Health Foundation report based on residents’ access to health insurance, low levels of air pollution, and high education levels, among other factors.
December 21, 2013 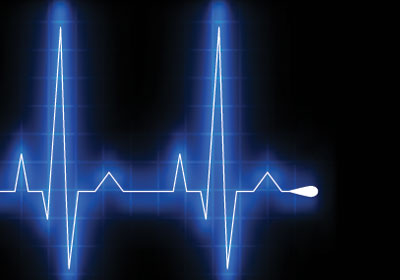 Minnesota ranked as the third-healthiest state in the nation, based on numerous factors, according to the United Health Foundation’s “2013 America’s Health Rankings.”

United Health Foundation—the research and community outreach arm of Minnetonka-based health care provider UnitedHealth Group, Inc.—ranked states based on 29 measures, including the availability of health insurance; the number of poor-health-related deaths; and the prevalence of infectious diseases, obesity, smoking, and physical inactivity for this year’s “America’s Health Rankings” report.

To create a health index, the foundation used publicly available, age-adjusted data related to the health of residents in each state and nationwide. Sources included the Centers for Disease Control and Prevention, the American Medical Association, the FBI, the Dartmouth Atlas Project, the U.S. Department of Education, and the U.S. Census Bureau. Using that data, the foundation created a baseline for each of the 29 health measures. A state’s overall score of zero means it is on par with the national average. Click here for the full methodology.

Minnesota ranked third on the list with a score of 0.73. According to the report, the state has low rates of premature death and cardiovascular disease-related deaths and a low prevalence of physical inactivity and diabetes. Additionally, the state has a high level of educated residents, which the study found leads to increased health among residents. However, the report stated that Minnesota struggles with a high prevalence of binge drinking, low public health funding per capita, and low immunization rates among children.

According to the report, Americans nationwide improved this year in the majority of health measures. Specifically, smoking among the U.S. adult population decreased 1.6 percent (from 21.2 percent to 19.6 percent). Additionally, physical inactivity dropped 3.3 percent (from 26.2 percent to 22.9 percent). Meanwhile, the nation’s obesity rate remained relatively unchanged from last year (from 27.8 to 27.6), marking the first time since 1998 that the rate hasn’t worsened.

Recently, the Twin Cities topped the Annual Fitness Index (AFI) of healthiest cities in the country for the third year in a row. The Minneapolis-St. Paul metro area also recently ranked 10th on a list of “aspirational” cities for attracting ambitious people, offering employment growth, and providing quality living standards.