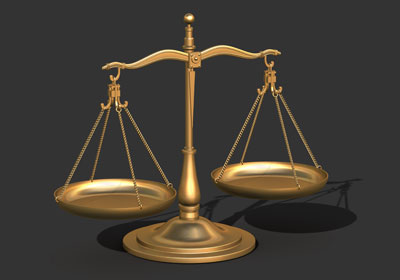 Local law firm Fare Grange claims that an advocacy group has engaged in “trademark bullying.” The advocacy group, meanwhile, said that it must protect its trademarks to avoid confusion among potential donors.
July 12, 2013

A fledgling Minneapolis law firm that serves the agriculture industry has been asked by a national industry advocacy group to change its name.

Instead, the local firm is suing that group, accusing the organization of “trademark bullying” and asking a court to declare that the firm has not infringed on any trademarks.

Fare Grange, LLP, recently sued The National Grange of the Order of Patrons of Husbandry (The Grange), a Washington, D.C.-based organization that was founded in 1867 and advocates for the agriculture industry.

In April, however, a law firm representing The Grange sent a cease-and-desist letter to Fare Grange, requesting that the local firm remove the term “Grange” from its name. The letter said that the firm’s use of the term would “tend to dilute The Grange’s famous trademarks.”

Fare Grange, however, registered its name with the state and soon after received two more cease-and-desist letters from The Grange’s law firm.

In late May, Fare Grange responded to The Grange by asking for additional information about the organization’s trademarks. The Grange’s attorney replied that the organization has “a number of incontestable federally registered trademarks in the word ‘grange,’” including one that pertains to “publications and association and charitable services for advancing the quality of family life in farm, rural, and suburban communities.”

But Fare Grange contends that none of the group’s trademarks pertain to legal services, and it does not believe that its name will cause confusion among clients, as it and the advocacy group offer different services.

The Grange said in a prepared statement that it has held its “grange” trademark since 1876. The organization said it offered to hold private discussions with Fare Grange, but instead the firm has “taken an overly aggressive route that includes manipulation of the press.”

Amanda Leigh Brozana, a spokeswoman for the organization, told Twin Cities Business in a Monday phone interview that her group offers a licensee program through which some organizations pay for permission to use the term “grange” in their names. But The Grange is a nonprofit fraternal organization that engages in fundraising, and “dilution of our brand by overuse of the word ‘grange’ could confuse people about what our organization is or what they’re providing funds to,” she said.

In its lawsuit, Fare Grange accused The Grange of engaging in “trademark bullying,” a practice by which trademark owners seek to “enforce trademark rights beyond a reasonable interpretation of the scope of rights granted to the trademark owner.”

Fare Grange told Twin Cities Business in an e-mailed statement that it is putting up a “strong, proactive defense against what we see as trademark bullying . . .”

“Most small businesses can’t afford to defend themselves when faced with a cease-and-desist letter and are forced to give up their business identity,” the firm said. “Fortunately, as lawyers, we have the power to defend ourselves in court. We’re hopeful we can resolve this issue soon.”