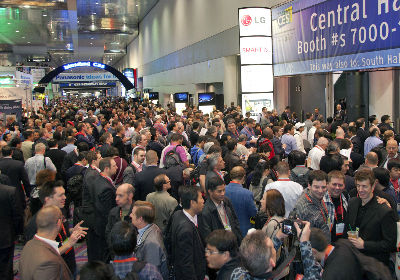 MN Cos. Gear Up for Consumer Electronics Show

This year’s local attendees will include 3M Company, which will showcase an 84-inch touchscreen table prototype, Canopy Company, which offers a touch-enabled iPhone case, and Finder Codes, which developed a QR code-based lost-and-found system.
January 17, 2013

The 2013 International Consumer Electronics Show will kick off at the Las Vegas Convention Center Tuesday, and several Minnesota companies will vie for attention at the world’s largest technology trade show.

Maplewood-based 3M Company will showcase an 84-inch touchscreen table prototype that can respond to different touch inputs at a time. While the device is not out on the market yet, the company expects several businesses, including museums, retailers, casinos, and restaurants, to be interested in it.

In addition to 3M and other big names, such as Best Buy, Imation, Polaroid, and UnitedHealth Group, the following smaller local companies will showcase products and services:

Some local companies that participated last year are making appearances this year as well. Among them are Edina-based Bracketron, which provides mounting solutions and accessories for various mobile and handheld technologies; Rochester-based Noetic, which offers products and accessories designed to seamlessly integrate computers and consumer electronics into users’ living rooms, cars, and on-the-go lifestyles; and Minnetonka-based The Navvo Group, whose VOCO voice-controlled multi-room home media system allows users to wirelessly stream music and video from multiple sources to different parts of their home.

This year’s Consumer Electronics Show will run through January 11 and is expected to feature products from more than 3,200 companies on 1.87 million net square feet of show floor. More than 20,000 new products are scheduled to debut at the show.