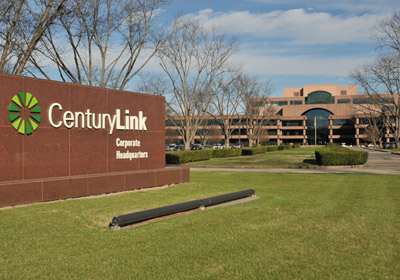 Union members rejected a tentative deal that had been reached between the company and the union’s negotiating committee.
October 11, 2013

It appeared in July that a drawn-out labor dispute involving roughly 1,800 CenturyLink workers in Minnesota was nearing its resolution, as the union’s negotiating team struck a tentative contract deal with the company.

But the union—Communications Workers of America (CWA), which represents CenturyLink workers in 13 western states—said late Monday that its members rejected the deal, and its bargaining team is now “addressing its next steps.”

The workers involved in the dispute are former employees of Denver-based Qwest Communications, which in 2011 merged with Monroe, Louisiana-based CenturyLink. A four-year contract covering about 13,000 workers nationwide expired in October 2012, and the two sides have been in contract negotiations for about a year.

Just before the expiration of the contract, CWA members authorized a strike if a “fair contract” could not be reached with their employer, but the strike was averted, at least temporarily, when both parties agreed to an extension of the former contract.

In July, it appeared that the standoff was approaching a resolution. The union’s negotiating committee and company officials confirmed that they had reached a tentative deal, and a union official told Twin Cities Business that members planned to vote on the contract, which would run through October 2017.

But the union said in a Monday statement that its members “turned down” the deal, and the current contract extension expires on Thursday. A union spokesman told Twin Cities Business on Tuesday that the union is not publicly releasing the vote results, although an Associated Press report indicates that members voted 54 percent to 46 percent on Sunday to turn down the deal.

Mark Molzen, a CenturyLink spokesman, said in an e-mailed statement that the company is “disappointed” with the result of the union vote. “While we understand the proposed agreement is a change from the contract in place today, we believe it is fair and equitable given the significant changes in our competitive and operating environment since the current agreement was adopted.”

No strike or lockout can occur while a contract is in place. But barring another extension or a different deal being reached by Thursday, the parties have several possible next steps: Both sides could return to the bargaining table, union employees could continue working without a contract, the union could ask its members to vote again, the company could institute a lockout, or union members could strike.

CenturyLink said it “will evaluate its options and make a decision in the coming days on our next steps in this process.”

Union spokesman Al Kogler, meanwhile, said in a Tuesday phone interview that a strike represents a last-resort option. “We don’t anticipate it getting to that anytime soon,” he said.

The union has described as a key sticking point in the labor dispute rising health care costs. It has also taken aim at CenturyLink’s outsourcing of jobs to the Philippines and other locations.

Regarding the tentative deal that was rejected Sunday, union leaders had previously said that it “provides lump sum increases and wage increases” and “provides new limitations on CenturyLink’s ability to contract out and move call center work outside the footprint, and includes a commitment to return jobs that have been outsourced and offshored.”

CenturyLink, meanwhile, had said that the deal would give employees “pay and benefits more closely aligned with similar jobs in their markets” and enable the company to “continue to provide good jobs while allowing the company to compete in a highly dynamic and competitive environment,” among other things.

A CenturyLink employee, however, recently told the Denver Post that the new contract would have negatively affected employees and retirees, including raising her health care costs by 150 percent. “There's nothing redeeming in this contract at all,” the worker said.

In other news, Savvis, a CenturyLink subsidiary that focuses on cloud infrastructure and hosted IT solutions for businesses, announced that it plans to open a new data center in the Twin Cities this spring.