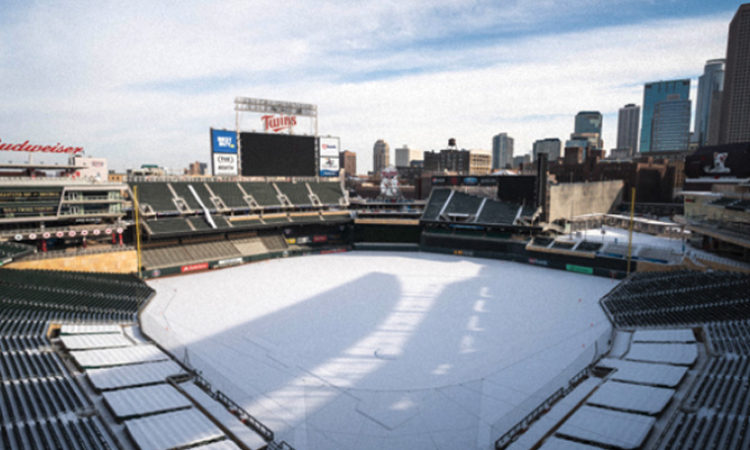 The 13th annual outdoor game will be held at Target Field.
By Amanda Ostuni
January 02, 2020

On Wednesday, the NHL announced that the Minnesota Wild will host next year’s Bridgestone NHL Winter Classic at Target Field.

The Wild have hosted a different outdoor NHL exhibition game—the Stadium Series game—in 2016, but this will be the first time the team will host the Classic.

Last month, the NHL hinted that the Winter Classic would be held in Minnesota. The 2020 Classic was held Wednesday at the Cotton Bowl in Dallas.

The Classic will be the latest big-name sports event to be held at the baseball stadium. Other recent games have included the 2014 Major League Baseball All-Star Game, a 2016 soccer game between Minnesota United FC and Mexico’s Club Leon, and NCAA football games.

At about 39,000 people, Target Field’s capacity is less than half of the Cotton Bowl, which can accommodate more than 90,000 people. In a news release, Twins president and CEO Dave St. Peter said that Target Field will help Minnesota deliver the best possible setting for a Winter Classic.

Minnesota Twins spokesman Dustin Morse says Target Field will need to undergo a few updates to accommodate the game. The “winterization” updates will include installing a new heating system and building out the stadium's plumming systems.

The Classic has proven to be an economic boon to host cities. For example, South Bend, Indiana, saw a nearly $9 million economic impact when it hosted the game in 2019. And it’s been estimated that Dallas may see a $30 million boost for hosting the 2020 game.

The Wild’s opponents have not yet been named, but fans have thrown out plenty of guesses and wishes, including the 2020 Winter Classic champion Dallas Stars, the Chicago Blackhawks, and the Colorado Avalanche.