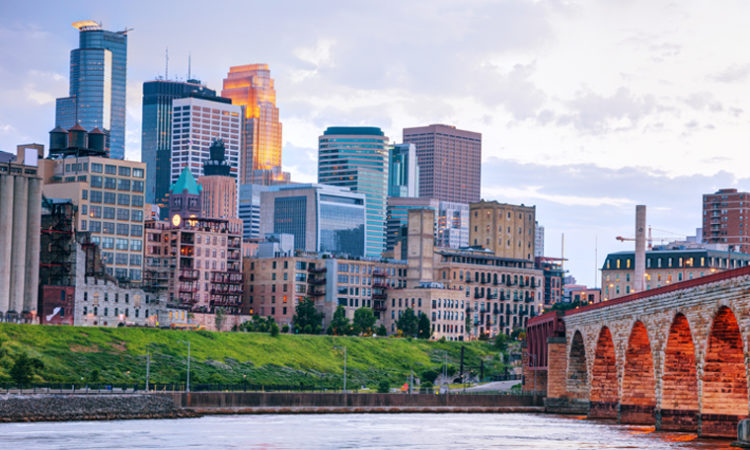 As unemployment fell to 3.3 percent last month, the state added 1,100 jobs, according to seasonally adjusted figures from the state’s jobs agency.
By Amanda Ostuni
September 19, 2019

Last month, Minnesota’s unemployment rate inched down to 3.3 percent from 3.4 percent the previous month, according to the latest figures from the Minnesota Department of Employment and Economic Development (DEED).

The decrease marks the end of a nine-month period in which unemployment rose slightly but steadily throughout—going from a record-low 2.8 percent in October to July’s peak rate.

DEED also reported that 1,100 jobs were added in the state last month, according to seasonally adjusted data. This follows a month where 1,300 jobs were lost.

Most of the gains in August came from the leisure and hospitality industry, which added 2,700 positions. Other gains came from financial activities (up 1,100), and construction (up 100).

In August, the Minneapolis-St. Paul area was the only region to experience a loss of jobs, according to DEED data. But Mankato led the other regions in job growth, with a 1.6 percent increase.

The lower unemployment rate would seem to suggest a positive labor market outlook. However, DEED commissioner Steve Grove says there’s still a key problem with the market: a lack of available workers. If more jobs become available, there won’t be enough people to fill them.

To address this issue, DEED has launched various initiatives, including CareerForce, a team of private, public, and nonprofit partners dedicated to helping connect people with employment opportunities.

Greater Minnesota native Lorrie Janatopoulos will lead the team, which was officially activated earlier this year. Employers and job-seekers can now utilize CareerForce by calling or going through the website.