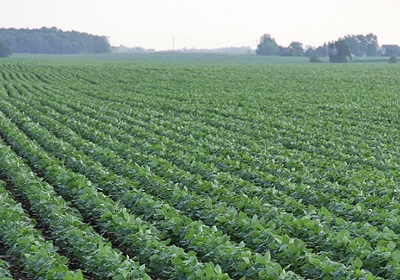 Representatives of the state’s soybean industry left Tuesday for a 10-day trade mission to Vietnam, which is rapidly becoming one of the largest feed and livestock markets in Southeast Asia.

The U.S. Department of Agriculture recently pegged Vietnam as one of the fastest-growing markets for U.S. food and agricultural products with $2.2 billion in U.S. exports in 2014. Vietnam today stands as America’s 11th-largest agricultural export market with soybeans as one of the country’s most-purchased commodities.

Members of the Minnesota Soybean Research and Promotion Council (MSR&PC) will visit a feed mill and crushing plant, swine and poultry farms, and a container port and bulk cargo deep-water seaport in Vietnam. Each of these utilities, according to MSR&PC council chair Keith Schrader, were made possible through investments to directly impact Minnesota’s soybean economy.

“We’ve worked very diligently over the years to build opportunities for Minnesota soybeans in this up-and-coming market,” Schrader said in a statement. “This trade mission will strengthen relationships with our current customers, as well as identify [even more] potential customers in Vietnam.”

With agriculture being the second largest employer in Minnesota, the state’s soybean industry has grown to become Minnesota’s top exported crop with $3.1 billion in annual sales. Of the seven million acres of soybeans grown every year in Minnesota, more than half are shipped overseas and turned to meal for feeding poultry and livestock.

The MSR&PC began its Vietnam outreach in 1986 by opening an office in Hanoi. Schrader said trade missions such as this and other investments made in Vietnam will hopefully generate fruitful returns for the state, along with its soybean farmers.