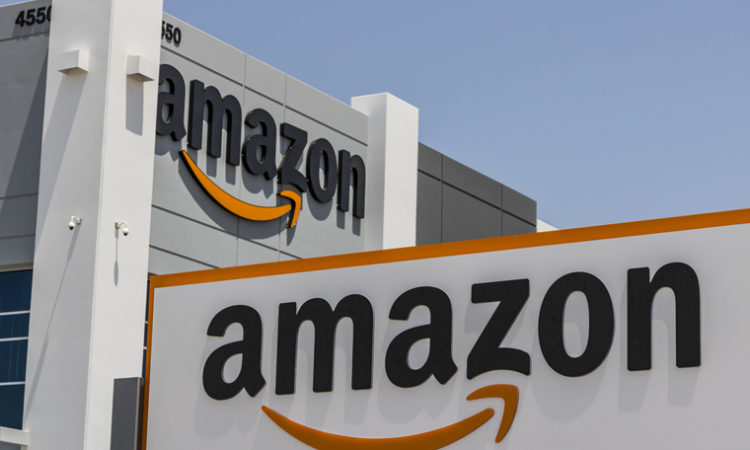 The 100-plus page report included 18 possible locations and endorsements from local CEOs, but maximum value of possible state, local incentives never calculated.
By Burl Gilyard
May 07, 2019

After a long-fought battle to keep a lid on Minnesota’s failed 2017 bid for the Amazon HQ2 project, the Minnesota Department of Employment and Economic Development (DEED) released the full document late Monday afternoon. But over more than 100 pages, the package offered no stunning disclosures about the effort to lure the e-commerce giant to the state.

“Not a lot of surprises in there,” says Matt Ehling, executive director of St. Paul-based nonprofit Public Record Media, which had sued the state and economic development group Greater MSP last year to have the information publicly disclosed. “It’s kind of a mystery to us why it took so long to get this released.”

Greater MSP president and CEO Peter Frosch announced the surprise decision to release the bid in an opinion piece first posted on the Star Tribune web site on Friday evening. Throughout the process, Greater MSP and the state argued that information could not be disclosed due to non-disclosure agreements signed with Amazon. But Frosch wrote, “Many other regions have made their HQ2 proposals public, and Amazon recently confirmed to Greater MSP that it will not oppose disclosure of the Minneapolis-St. Paul submission at this time.”

Greater MSP delivered the full bid package to DEED on Monday, which released it on Monday afternoon.

The bid contains no tabulation or estimate of the maximum amount of possible incentives from all sources that might have been available to Amazon.

The pitch to Amazon noted, “The initial phase of your request for proposal, for example, suggests 500,000 square feet of office space and we estimate, 2,500 employees. An expansion of that size would typically generate a state award of $3-5 million from existing DEED programs, in addition to local support as specified in the site proposals.”

But that was hardly the limit of possible public incentives.

The bid also detailed up to $15 million in infrastructure funding which could go to local government for such a project. (DEED indicated that there were no maximum amounts for the detailed programs, but listed the largest awards in recent years.)

The bid referenced incentives from local government agencies that could be tapped: “Local communities in Minnesota have a variety of incentive tools they can utilize to assist with the HQ2 project. Tools such as tax increment financing (TIF), real property tax abatements, land/building price write downs, utility fee waivers and project expediting teams are a few to mention.”

The report detailed “special incentives” for select companies that had been approved by legislature. That list included a $40 million sales tax exemption on construction materials for Thief River Falls-based Digi-Key Electronics, expanded awards from the Minnesota Investment Fund of $4 million to both Digi-Key and Duluth-based Cirrus Aircraft, and $12 million in infrastructure support for medical device giant Medtronic.

Per the bid package: “Over the past decade, the Minnesota Legislature has authorized special incentive packages to support large, unique business expansions and economic development opportunities. The Minnesota Legislature is scheduled to convene in February 2018 and end in May 2018. Any special appropriation separate from DEED’s existing programs approved by the legislature would be available in July 2018, at the earliest.”

The bid did not focus on a single site, but instead outlined 18 different options throughout the metro including the former Dayton’s/Macy’s store in downtown Minneapolis, the Rice Creek Commons site in Arden Hills, the Northland Business Park in Brooklyn Park and Canterbury Park in Shakopee.

The package included several letters from local executives and leaders making the case for Minnesota. John Noseworthy, then president and CEO of the Mayo Clinic, and Chris Policinski, then president and CEO of Land O’Lakes, both contributed letters, as did Richard Davis, the former CEO of U.S. Bank. Executives from the Mall of America, Delta Air Lines and Thomson Reuters also lent support to the effort.

DEED previously argued that it could not disclose the bid because it didn’t have a copy, saying that Greater MSP handled the process. Because it’s a private group, Greater MSP maintained that the Minnesota Government Data Practices Act did not apply to the organization. Public Record Media lost at the district court level in early January. Ramsey County District Judge Leonardo Castro found that the bid does not need to be disclosed because there was no contract between Greater MSP and the state.

But Public Record Media did not back down, pressing ahead with an appeal to the case. The group also issued pleas to Gov. Tim Walz and Attorney General Keith Ellison to help resolve the dispute.

“It’s very clear from the first page of the document…this was a joint collaboration,” says Ehling in reference to DEED and Greater MSP. “We’re pleased that this bid is out and we hope that this really serves to set a precedent.”

Both the state and Greater MSP have new leadership this year, but it’s not clear if that was a factor in the change of heart. The Amazon bid was pulled together when Gov. Mark Dayton was still in office. Gov. Tim Walz and new DEED Commissioner Steve Grove had no involvement in the matter. Frosch became the new leader of Greater MSP in March replacing founding CEO Michael Langley.

“Our hope would be that this was due to a new administration taking a second look at this,” Ehling says.