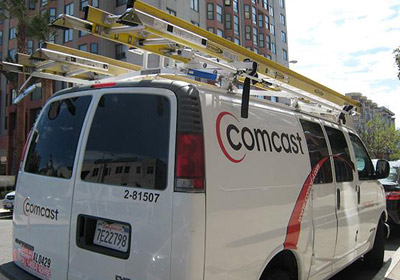 Anyone hoping to see more cable options should expect a long process.
March 05, 2015
A committee of the Minneapolis City Council will begin considering Monday whether to grant CenturyLink the right to bring cable television competition to the city.
Anyone hoping to see more cable options should expect a long process, though, one that will only start with the council's decision.
CenturyLink has asked to be allowed to offer its service – called Prism – to Minneapolis with an intention of expanding it to other cities in the metro area. Minnesota would be the 11th state where the company is seeking to offer cable service.
But the key question for the council may be how to navigate a legal conflict between traditional cable operators – known as incumbent carriers in industry speak – and new rivals such as CenturyLink. Minnesota state law requires that all franchisees have similar requirements, including a demand to build out their systems citywide within five years. That was done to assure that companies didn't cherry-pick wealthier neighborhoods at the expense of poorer ones. In return, local governments gave companies exclusive franchises, which gave providers comfort that the massive investment to wire a city would pay off.

Changes in federal telecommunications law, however, have disrupted that model. In order to bring more competition to telecommunications services, both Congress and the Federal Communications Commission have sought to lower the costs and burdens of entry for new competitors. Near the top of the list of things the feds have done to invite more competition is to do away with the so-called build-out requirements, since the expense of having to construct a citywide system without any guarantee of paying customers was a significant barrier to entry.

CenturyLink will argue that federal laws and rules preempt state law in Minnesota. “Unfortunately for residents of Minneapolis, we sit here in 2015, 23 years after the FCC abolished the idea of exclusive cable franchises, and not one provider has yet to successfully apply for and receive a franchise to compete with the incumbent,” the company wrote in response to questions from city regulators about their failure to address the requirement to build citywide. “That is the very barrier the FCC was trying to eliminate in its 2007 order. That is why CenturyLink is so confident in its position that [state law] is pre-empted.”
Comcast, the incumbent cable provider in Minneapolis, has argued something very different, of course. When the CenturyLink plan was announced last December, Comcast spokesperson Mary Beth Schubert released this statement: “We do business in a competitive environment every day. Any new provider entering the market should be held to the same requirements as our industry of bringing competition to all residents in the community, while also meeting existing state law statutes.”
CenturyLink could begin offering service by June, but litigation may result regardless of the city's decision. CenturyLink's proposal is also before other cities in the region, including the North Suburban Cable Commission, South Washington County Cable Commission, Columbia Heights and Northwest Suburbs Cable Communication Commission. The company has also had conversations with St. Paul, but has not made a formal application, said spokeswoman Joanna Hjelmeland. That city is set to consider a 10-year extension of Comcast of St. Paul's franchise agreement on Wednesday.
All of this is happening while the market is undergoing a major transition. Comcast is transferring its Minneapolis operations to a new company that will be called GreatLand Connections, a move required by federal regulators as part of the proposed merger of Comcast with Time Warner Cable. No single company is allowed to control more than 30 percent of the national market.
The public hearing on CenturyLink's application Monday is before the council's Ways and Means Committee. After a 14-day period, city staff will make a recommendation that it will return to the committee and then the full council for a decision. CenturyLink is proposing to offer the full compliment of cable services to about 30 percent of the city initially, adding to the system as the market dictates. If it becomes the dominant provider in the city – that is, if it ever has more than 50 percent of the customers – the company said it would meet with the city to develop a schedule for building citywide.
“As we create a revenue stream from the sale of Prism to end users, we will use such revenues to invest in the network and to increase our Prism-enabled footprint,” CenturyLink states in its application documents. “We are more than willing to meet with the City on a periodic basis to review the Prism-enabled footprint in the City and based on success market, newly targeted areas for deployment.”
In its application, the company maintains that competition will keep cable rates lower and improve service. “To the extent the incumbent does respond to Applicant's market entry through promotional offers or other pricing changes, all citizens of Minneapolis will benefit from such competitive response, whether or not Prism is immediately available to each citizen because the incumbent cannot target its offers solely to those areas in which Prism is available,” CenturyLink asserts. It also argues that low-income and minority neighborhoods are prime customers of cable services. “Not offering services to minority, urban or low-income communities doesn't make economic or business sense.”
As an illustration of how competitive the situation is, CenturyLink's application includes several instances in which it asks that information not be released publicly under trade secret laws. And when it was asked to produce a map of the areas where its service will be initially available, the company balked. “As Franchisee has stated numerous times to the City, its map depicting its initial deployment of cable communications services in the City is extremely competitively sensitive and highly confidential, and Franchisee is not confident that it could be adequately protected even under the designation of a 'Trade Secret.' Accordingly, Franchisee respectfully declines to produce any such map in response to this inquiry.”