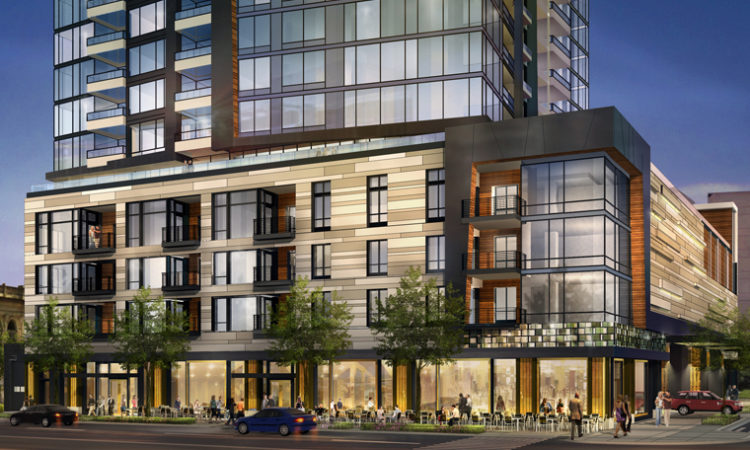 A rendering of the 200 Central project by Alatus. (Rendering courtesy of Alatus)

After two years of legal wrangling, Minneapolis-based Alatus LLC can move forward with its development of a 40-story condo tower across the river from downtown Minneapolis. Alatus secured city approvals for the project at 200 Central Avenue SE in 2016, but the Neighbors for East Bank Livability group objected to the towering scale of proposed building and sued the city and the developer to block it.

Neighbors for East Bank Livability argued that the city’s decision to approve a variance and conditional-use permit for the condo tower was inconsistent with the city’s comprehensive plan. Alatus and the city prevailed at both the district court and state appellate court levels. Earlier this week the Minnesota Supreme Court declined to review the case, clearing the way for Alatus to move ahead.

Chris Osmundson, director of development for Alatus, said that construction will start sometime during the first half of 2019. The project will take two years to build and is slated to open in the first half of 2021. That will be seven years after Alatus first floated conceptual plans in 2014.

“The character and the essence of the building is still what was approved,” says Osmundson.

The tower will feature 214 condo units with prices ranging from $375,000 to more than $3.5 million. Alatus will announce the name of the project in early October. The site was previously home to a Washburn-McReavy Funeral Home and the St. Anthony Athletic Club. Alatus paid approximately $3.4 million to acquire the parcels in 2015, Osmundson said.

In the current multifamily building boom in Minneapolis, condos have been scarce: most new units are rental apartments. Osmundson said that the delay has not hurt the potential demand for condo sales.

“The condo market has really only strengthened in the last year-and-a-half,” said Osmundson.

Alatus principal Bob Lux was part of the development team for both Grant Park and The Carlyle in downtown Minneapolis, two defining projects during the condo boom of 2004 to 2007. 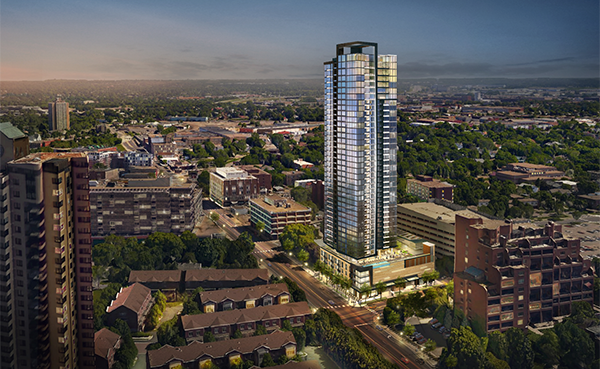