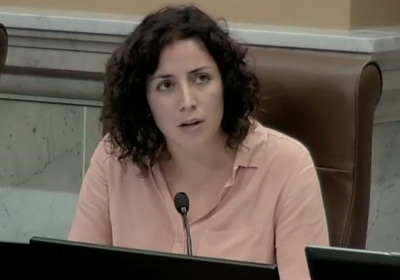 Two Minneapolis officials believe the city shouldn’t be involved with financial institutions that have a vested interest in the fossil fuel industry.
December 18, 2016

The Minneapolis City Council is considering ways the city can cut business ties with “financial institutions that invest in the fossil fuel industry and in projects such as the Dakota Access Pipeline,” according to the Star Tribune.

Among the financial institutions in question: Wells Fargo.

City Council Members Alondra Cano and Cam Gordon proposed during a meeting on Wednesday evening that city staff explore ways the city could exit relations with banks like Wells Fargo, which also handle financial activities for the city, such as transactions and investment management.

“The potential scenarios review shall include a series of options to meet the City of Minneapolis' banking needs,” Cano said, “including, but not limited to, exploring the possibility of establishing a municipal bank or participating in a publically-owned banking operation.”

Cano and Gordon asked that City Council Members report back with ideas by the end of the second quarter in 2017, or July.

San Francisco-based Wells Fargo, the nation’s third largest bank with $1.9 trillion in assets, is also one of the state’s largest employers.

Earlier this year, the bank moved 5,000 employees into its new $300 million, 17-story complex in downtown Minneapolis. Altogether, the bank employs roughly 11,000 people in Minneapolis, as well as hundreds more between the 167 branches it operates throughout the state.