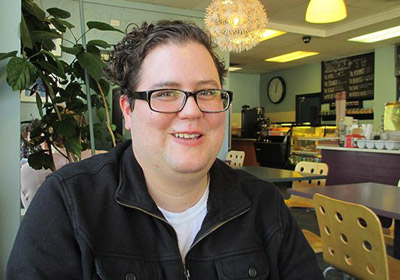 Founded four decades ago in Red Wing, Opportunity Services has 10 offices in Minnesota, three in Florida and one in Massachusetts.
March 16, 2015

Laura Swift has been working part time as a cashier at Walgreens in Waconia for six months, and so far things seem to be working out really well.

The 31-year-old, who has lived with severe bipolar disorder coupled with crippling anxiety for most of her life, sometimes has had a hard time finding — and holding — a job, but this position feels like a good match, said Hannah Weiss, PR manager for Opportunity Services, a Minneapolis-based nonprofit that helps adults with disabilities find meaningful employment. Opportunity Services helped Swift apply for the Walgreens job, and now that she’s hired, works with her employer to make sure that she has the support she needs to succeed.

“Laura’s manager, Brandon, is awesome,” Weiss said. “When I call him to check in, he says, ‘Laura’s great. She’s an important part of the team. We enjoy having her onboard.’ ”

It’s heartening to hear words like these, Weiss said, because there have been times when Swift’s mental illness has made holding down a job difficult.

“For me, the mania is the bad part of my bipolar,” Swift said. “It can cause trouble: I become paranoid, which is directly related to my work. Sometimes the paranoia can turn into mania.” This manic behavior has forced Swift to quit more than one job. And it has caused her to be hospitalized six times.

“My mania feels like a panic attack that lasts for days,” Swift explained. “I can’t sleep. All I do is think about my paranoia. It’s hard to see from the outside. I could still go to work and nobody would know I was paranoid. But I can’t really work at all. Eventually I have to tell my parents I need to go to the hospital because I can’t sleep.”

Though employment seems to exacerbate her stress, Swift still wants to work. Recently she’s taken a significant chunk of time off to focus on her mental health, but in the last year she’s been gaining confidence that she can re-enter the work force. Determined to find a job that suited her temperament and helped move her in the direction of her dream job as a pharmacy technician, Swift teamed with Opportunity Services. The program matched her with Amanda Olson, an employment specialist. Opportunity Services told Swift about the open position at Walgreens, helped her fill out the application, and now that she’s landed the job, counsels her through stressful times at work.

“Laura is very independent,” Olson said. “She went to the job interview on her own. She meets with me every couple of weeks and we talk about things that are on her mind, but that’s really it. She just needs somebody to listen to her and support her, but honestly it’s been really pretty hands off.”

Swift, who is also under the care of a therapist and a psychiatrist, is pleased to be back at work. “It gets boring just being at home,” she said. “I feel like a productive member of society when I’ve got a job. My life is more fulfilling when I work.”

Mission driven
Opportunity Services was founded over 40 years ago in Red Wing. Nancy Gurney, the organization’s founder, had worked with disabled children and wanted to help them find work as they became adults. She saw community-based work as a way to add meaning to life. The organization grew organically, contracting with county vocational rehabilitation offices to help disabled residents find a place in the work force. Many Opportunity Services clients work independently like Swift; others work on community work teams or participate in agency-sponsored recreation and engagement activities.

Today, Opportunity Services has 10 offices in Minnesota, three in Florida and one in Massachusetts. The agency’s mission is to provide their clients with opportunities to find meaningful work that suits their skills and make contributions to their communities. They also focus on employer education, explaining the many ways disabled adults can add value to team.

Participation with Opportunity Services is voluntary. No one takes part in the agency’s programs — neither employer nor employee — out of a sense of obligation, Weiss said. The idea is that disabled people are valued members of a community and they should have choices about what they do with their lives.

“We only work with clients who choose to work with us,” Weiss said. “We’re trying to help everyone be integrated, learn from their peers and their boss and really be a part of their communities.”

Coping strategies
For Swift, job success is measured one step at a time. When she started working at Walgreens, the only person she told about her disability was her manager. But as the months on the job add up and Swift becomes more comfortable with her coworkers, she’s starting to open up more and more.

“At first they just treated me like a regular employee because I didn’t tell them about my disability when I was hired,” Swift said. That was a good decision, but for a person with an invisible disability it also had its downside. “At first I felt like a few of my coworkers judged me because I was slower than a lot of people. But they didn’t know I had a disability until I told them. I think maybe they thought I was just being lazy. Now I think that it’s probably better to just be honest about my condition. When people know what’s going on they’re more understanding.”

The job has had some hiccups — Swift felt her anxiety building during the store’s busy holiday season — but with Olson’s help, she developed ways to cope.

“There were a lot of customers in the store,” Swift recalled. “I’d look at the line and it gave me anxiety. Now I tell myself to take a deep breath. I know I can also call for help and the line will slowly decrease.”

Swift has also found a strong advocate in her manager, Brandon Kuss. She has been open with him about her mania-induced anxiety, and about her history of hospitalizations. Together the two are working on a plan that could help her address her concerns before her emotions spiral out of control.

“We’re working together so I won’t have to go to the hospital,” Swift said. “I’ve been talking to my manager more and we decided that if things get really bad I can get a doctor’s note and take a leave from work.”

Swift really wants to make this job work. Though the position has its stressors, there are also parts about it that she enjoys.

“I love working with the customers,” Swift said, “which you would think would be the opposite because I have social anxiety. I want to keep working here because my goal is to eventually live by myself and not have to depend on people. I’d like to be able to pay my bills by myself and get off Social Security.”

Weiss says that Swift’s goal is definitely achievable. She’s demonstrated commitment to employment and a clear desire to work through the limitations presented by her bipolar disorder.

“We’re proud of Laura because she really did want to get out there and find a job,” Weiss said. “All she needed was a little extra push. Opportunity Services provided that. And now that Laura’s found a job she likes, it’s really exciting to see her succeed.”