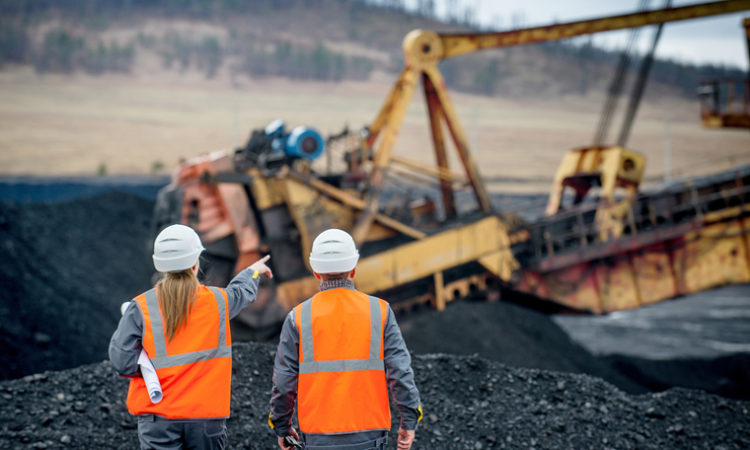 Mining Makes Up a Sliver of Minnesota’s Economy. So Why is It Such a Hot Button Political Issue?

Mining is directly responsible for about 0.2 percent of Minnesota’s jobs and less than 3 percent of its economic output.
By Greta Kaul
October 18, 2018

Signs with slogans like “We Support Mining” are pretty much permanent fixtures in this part of the state, where mining has been an important pillar of the economy for well over a century.

The signs may be numerous, but the number of people actually employed in mining in Minnesota isn’t: Mining is directly responsible for about 0.2 percent of Minnesota’s jobs and less than 3 percent of its economic output, according to state data.

A big impact in Northeastern Minnesota

Mining has a long history in Minnesota, beginning in the 1800s when prospectors looking for gold in the northeastern part of the state struck on something different in the region’s reddish landscape: iron ore.

At first, they passed up the mineral to continue the search for gold. But, by the 1910s, iron ore was mined and shipped from the Vermilion, Mesabi and Cuyuna ranges. Soon, mining was one of the state’s biggest industries.

More than a century later, the majority of the mining activities in Minnesota still have to do with extracting iron ore. Up to 44 million tons of it gets pulled from the Mesabi Iron Range — a narrow strip that stretches from Grand Rapids through Babbitt — each year.

But mining makes up a relatively small share of employment in Minnesota these days. According to the Minnesota Department of Employment and Economic Development (DEED), the state’s mining industry is made up of 210 businesses that employed about 5,700 people in 2017 — fewer than the 8,300 working for Target in downtown Minneapolis in 2017.

Proportionally, though, as Target headquarters is to Minneapolis, mining is to northeastern Minnesota — roughly speaking. 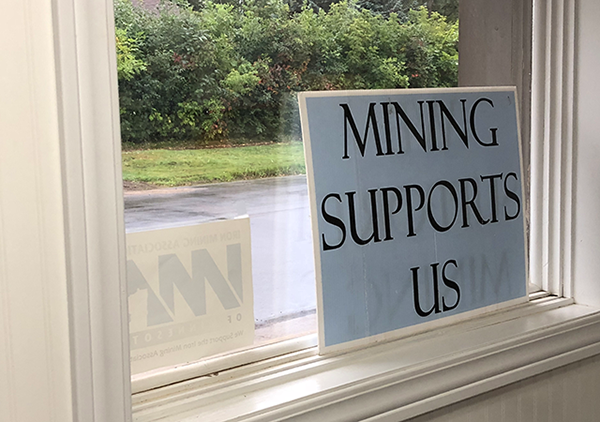 A sign promoting mining in a window at Lind Industrial Supply in Hibbing. (Photo by Gregg Aamot)

Whereas Target’s 8,300 downtown employees make up about 3 percent of employment in the city of Minneapolis, mining makes up nearly 4 percent of the jobs in northeastern Minnesota, according to DEED’s data (data do not include farm payroll or self-employed people).

What’s more, mining jobs pay considerably more than the average job in the region: nearly $90,000, compared to $43,000 for jobs overall.

Mining jobs are some of the best-paying around in northeast Minnesota, but they aren’t the most stable.

Employment in mining has been dropping in the long-term, thanks to automation and outsourcing, said Cameron Macht, regional analysis and outreach manager at the Minnesota Department of Employment and Economic Development.

Note: Data shown for the first quarter of each year. 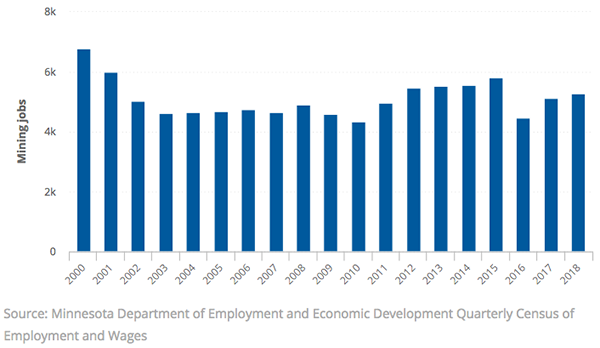 Though the long-term trend has been a decline in employment, employment in the mining industry is closely tied to to the performance of the economy overall. Mining employment dropped during the early 2000s recession and again during the 2008 recession.

Despite a booming economy overall in Minnesota in 2015 and 2016, the state’s mining mining industry saw mines shutter and employment slashed due to low foreign steel prices, said Kelsey Johnson, the president of the Iron Mining Association of Minnesota.

If you just look at employment, though, you’re not going to get a full picture of the economic impact of mining in Minnesota.

While employment has been on a long-term decline, the economic impact of mining has not.

The portion of Minnesota’s gross domestic product — a measure of all the goods and services produced in the economy — contributed by the mining industry saw a marked increase as the economy recovered from the 2008 recession. As with employment, the drop in output in 2015 due to foreign steel prices had an effect, but the economic output is well over early-2000s levels now.

The Duluth metro area, the geography most analagous to northeastern Minnesota for which gross domestic product data is available, includes St. Louis and Carlton counties in Minnesota, and Wisconsin's Douglas County. Note: 2008 data were not available for the Duluth MSA. Amounts shown in millions of 2009 chained (inflation-adjusted) dollars. 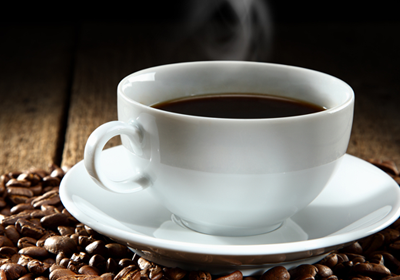 But while that number is up in value, it’s not up much in proportion to Minnesota’s other economic sectors. That’s especially true in northeastern Minnesota, where the economy is in transition — depending more on health care and education in particular than in the past.

Mining and natural resources as a share of GDP, Duluth metro area and Minnesota, 2001-2017

The Duluth metro area, the geography most analagous to northeastern Minnesota for which gross domestic product data is available, includes St. Louis and Carlton counties in Minnesota, and Wisconsin's Douglas County. Note: 2008 data were not available for the Duluth MSA. 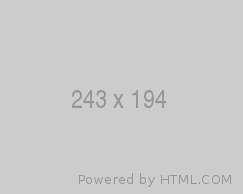 Economists cite another advantage to industries like mining for a regional economy: Because it’s an export business, mining brings money in from outside the region that then gets spent in the community.

“That money is coming from outside of the area and landing in the region then, and that money gets turned around many different times in many different ways, primarily through the payroll through those mining establishments,” Macht said. “They spend that money at retail stores and on accommodations and food services, at car dealerships and schools and all that kind of stuff, too.”

Non-export businesses, by contrast, tend to circulate money from within a community around and around — or, if you shop at say, a big box store, partly out of the community.

Also worth noting: these numbers are just measuring the employment and economic input that result directly from mining.

A study by the Labovitz School of Business and Economics at the University of Minnesota-Duluth found that while about 4,000 people were employed directly in iron mining in Minnesota in 2010, 2,300 were employed indirectly by mining, in businesses that support the industry, and an additional 5,000 were employed because of economic effects induced by mining (this could be jobs in restaurants or stores, for example). The report estimated total employment due to mining at 11,200 people.

The report also found iron mining directly brought in $1.7 billion to Minnesota’s economy in 2010, but accounting for indirect effects brought the total to $3 billion. All told, iron mining was responsible for 5.3 percent of Minnesota’s gross product and 30 percent of Northeast Minnesota’s (defined in the report as Minnesota’s Arrowhead region, plus Douglas County, Wisconsin) in 2010.

Mining has been around in Minnesota for a long time, but it’s a big political issue now because of questions about the industry’s future. Those questions center around two controversial proposed projects.

PolyMet, a proposed mine near Hoyt Lakes that would be the first copper-nickel mine in Minnesota, has been hung up for years as environmentalists and mine proponents battle it out. A Labovitz School report found the project would directly employ 360 people and indirectly create about 600 jobs.

Twin Metals, a proposal for a mine near the Boundary Waters Canoe Area Wilderness, would extract copper, nickel, platinum, palladium, gold and silver. Twin Metals says ithe mine would directly employ 650 people and indirectly employ 1,300 jobs.

Not everyone agrees that these mines would be beneficial to northeastern Minnesota’s economy. Some criticize economic impact reports, saying they downplay the potential effects of mining on protected wilderness areas that form the backbone of the area’s tourism industry. Others say allowing the area to rely too heavily on mining is dangerous because of the industry’s boom and bust nature.

Whoever is in charge of the government after the November election — both in Washington, since federally-protected land and regulation play into the debate, and in Minnesota, could play roles in determining the fate of these two contentious projects and in mining projects in the future.