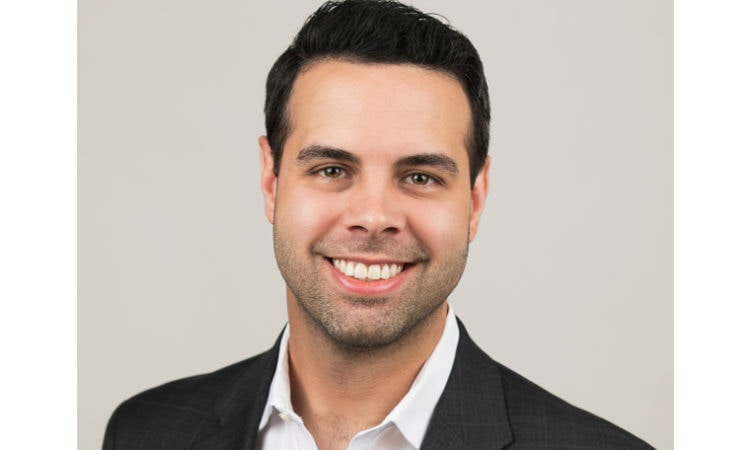 At just 32 years old, he’s significantly younger than many CEOs—a study published in 2017 by Los Angeles-based organizational advisory firm Korn Ferry found the average age of CEOs across industries is 58.

However, as Dettman settles into the new role, he’s not letting his age add to the weight he feels.

“It’s not something I spend a lot of time thinking about, to be honest. I think having that top spot in any organization comes with some responsibility and some weight. … I’m really focused on the job,” says Dettman. “But certainly, I’m happy to be representative of sort of a new wave of leaders.”

What’s more, Dettman thinks that his millennial perspective will help further the company’s mission of connecting recent college graduates to their first jobs.

“I bring a lot of energy and passion to the table, also with an emotional connection to what we [at Avenica] do, just from my own story,” he says.

Dettman says he grew up poor in Milwaukee, with parents who worked hard but struggled to put their college degrees to use in relevant jobs. For his own part, he graduated college amid the financial crisis.

“This problem of connecting learning to work… I know firsthand what [it] looks like. I’ve lived this firsthand,” says Dettman. “So, I’m excited to be working on it every day.”

Dettman was recruited to Avenica from Milwaukee-based staffing and recruiting company ManpowerGroup. He joined that company as a senior data scientist in 2014, then rose to his most recent role as principal.

Dettman says Avenica’s interest in him was unexpected. But he had worked with someone who was employed by University Ventures, the private equity firm that acquired Avenica (formerly known as GradStaff) in 2017. That colleague called him about the CEO opportunity.

“[Being a CEO] wasn’t a goal that I had necessarily, but I enjoy leading people and wanted to make as big of an impact as I could,” says Dettman. “I was excited about what the company does and the problems they’re trying to solve. I was excited by the challenge.”

The 32-year-old is no stranger to sudden calls to a new challenge either.

When he was looking for his first job after obtaining a political science degree from the University of Wisconsin-Milwaukee, he interviewed for an entry level marketing position and instead was hired to lead a whole new division for healthcare tech firm Zimmerman. He said it was that experience that most prepared him to become a CEO.

His foray into the recruiting business came in a similar fashion. While obtaining a Masters degree in Quantitative Social Science from the University of Wisconsin, someone caught wind of consulting work he was doing and contacted him to urge him to get into the recruiting business. That ultimately led him to ManpowerGroup, which he began working for while completing his doctorate.

“I was really taken by this opportunity that manifests in the human capital arena,” says Dettman. “The secret behind every great company is great people, there’s no doubt about that, and so being in a position to help align people into those opportunities where they can make the biggest impact and do things that really matter and drive our economy and innovation, it’s just really exciting.”

Dettman appreciates Avenica in particular for its focus on “trying to emphasize the importance of humanity into technology and making sure the human touch is ever present.” He says Avenica offers a better recruitment alternative to algorithms that focus on “archaic” tools of resumes and cover letters, and instead spends time figuring out a candidate’s values, skills and talents, on an intimate level, to better match them with the best possible company.

He’s looking forward to continuing the company’s mission alongside four other executives. He also hopes to help the company grow. Within the next six months, the company aims to increase their staff from the approximately 50 employees to about 75 people.

“We want to grow aggressively [because] the more we grow, the more of an impact we can make on recent grads and help get them in those right career track opportunities,” says Dettman. “And Minneapolis is such a great place. … I’m excited to do this here.”