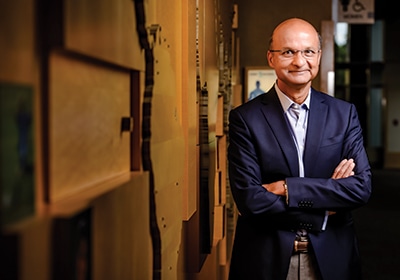 It's the third year TCB has recognized a Person of the Year.
November 27, 2015

Medtronic Chairman and CEO Omar Ishrak has been named 2015’s Person of the Year by TCB and is the subject of a cover story in its December issue due out next week.

The story discusses with Ishrak his achievements thus far, which include:

The December issue of Twin Cities Business also includes 100 People to Know in 2016—those who have considerable influence and are using it well. The TCB 100 includes titans, behind-the-scenes leaders, up-and-comers, pioneers and hopefuls.

A 2015 Person of the Year reception for Ishrak – and for 2016’s People to Know – will take place at Windows on Minnesota in Minneapolis the evening of Dec. 16. For more information, visit tcbmag.com/POY15.

This is the third year Twin Cities Business has named a Person of the Year. The distinction went to Mayo Clinic President and CEO Dr. John Noseworthy in 2014, and Duluth Mayor Don Ness in 2013.