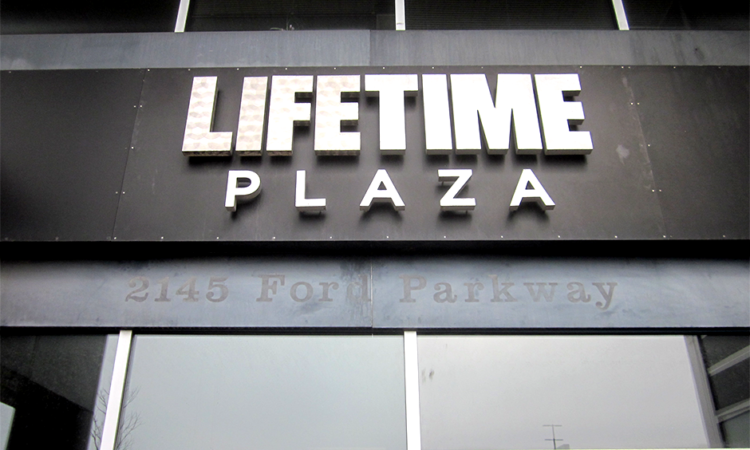 In a report on the Life Time investigation, Minnesota Department of Health concluded that the data affirm gyms pose a “substantial risk” of COVID-19 transmission. MinnPost photo by Corey Anderson

After case interviews turned up a number of cases at a couple of Life Time facilities, Minnesota Department of Health researchers collected more data to try to better understand the extent of the outbreaks.
By Greta Kaul
March 30, 2021

After the shock of Covid-19’s arrival in Minnesota last spring, and the virus’s ebb over the summer, the pace of new cases of the disease picked up during the fall.

Unlike the early days of the pandemic, when all but the most essential aspects of public life were closed, things were open. You could go to a restaurant or a movie theater. And after months and months of exercising outside, many Minnesotans were anxious to get back to their gyms. Gyms, many of which took a financial hit as they weathered shut downs and as patrons canceled their memberships, were anxious to bring them back.

The question was how to navigate these spaces: how safe were they in the midst of a pandemic transmitted mostly through shared air?

After noticing clusters of cases at a couple of Twin Cities Life Time fitness clubs, researchers at the Minnesota Department of Health decided to investigate further to try to determine, to a greater extent, how many cases of Covid-19 might be tied to the facilities. According to an MDH report their findings underscored the risk inherent in going to gyms. But the study, whose findings Life Time disputes, also shows the difficulty of tracing the origins of the vast majority of the state’s Covid-19 cases.

MDH investigators have been asking people who test positive for Covid-19 whether they went to gyms and fitness centers since late August, after gyms came up frequently in case interviews.

Between September and February, MDH notified 83 gyms and fitness centers of Covid-19 outbreaks in their facilities, totaling approximately 1,330 individual cases. (For gyms and fitness centers, an outbreak is defined as seven positive cases from seven different households where someone attended the same gym within a 28-day period.)

MDH epidemiologists took a deeper dive into two of the Life Time outbreaks. The report looked at an outbreak at a Woodbury Life Time, the third MDH had identified in the facility, that occurred with onset dates between November 7 and 30. It included 13 cases identified through contact tracing. The report also looked at an outbreak at a Lakeville Life Time, also its third (there was later a fourth), with onset dates between Nov. 15 and Dec. 7 and with 14 cases.

Unlike other settings, where reservation lists are rarely complete enough to do in-depth follow-up investigations, gyms present an opportunity to match much more detailed membership data to the state’s case information. In order to determine whether there were more cases among people who had attended these locations, MDH used data on birthdays, names, emails, and phone numbers to compare positive tests in the state’s system to patrons who attended those locations between November 14 and 20 and employees on site from November 1 through 30 in an effort to find cases that weren’t identified in interviews.

“Life Time was quite vocal and willing to share data. And so we took them up on it,” said Carlota Medus, a senior epidemiologist supervisor at the MDH’s foodborne diseases unit.

Through this process, MDH identified 168 additional people, including employees and patrons, who tested positive for Covid-19 and had been at the gym during the time period in which they were likely exposed or already infected; 98 at Lakeville and 70 at Woodbury.

Of 47 in that group asked about gym exposures in the case interview process, 20 said they had gone to the gym, and 25 denied going to the gym. Two reported “unknown.” Among 10 employees who were interviewed, six reported Life Time as their employer, and four did not.

That wasn’t particularly surprising to MDH. People often imperfectly recount their activities to case interviewers. Also, as Minnesotans become increasingly weary of the pandemic, MDH has said people seem more reluctant to name a specific setting for fear of the consequences, for example, for their friends, their sports team, or their gym.

More surprising, Medus said, was how many people went to the gym when they shouldn’t have. Of the 168 cases identified through the study, 88 attended the gym during the period they were likely to have been infectious, 57 visited after they reported symptoms of Covid-19 and 49 visited after they were tested for Covid-19.

In the report on the Life Time investigation, MDH concluded that the data affirm gyms pose a “substantial risk” of Covid-19 transmission, especially because people often go frequently and exert themselves, giving Covid-19 an opportunity to spread between households.

They also concluded the Life Time data show case investigations only turn up a small number of the total cases tied to a setting. Since the cases identified only include people who were tested, and not people who didn’t get tested because they were asymptomatic or for other reasons, MDH said the cases it turned up in its analysis are likely an undercount. The department acknowledged it likely missed some cases where MDH and Life Time’s data didn’t match but referred to the same person.

“The iceberg was a lot larger than I personally expected. I expected to find more cases, but not that many,” Medus said.

Medus said MDH has communicated those numbers to Life Time. But between the limitations of the outbreak data and questions about things like market share and ventilation across gyms, MDH can’t draw conclusions about whether those facilities are less safe than others.

“There’s a lot of things that we don’t know, and how they play into these numbers,” she said. “It’s hard to say if we should be very concerned or just concerned.”

Life Time takes issue with the conclusions in MDH’s report. Natalie Bushaw, Life Time’s senior director of public relations and internal communications, said MDH’s definition of an outbreak does not adequately link the time of the visits within the outbreak period or confirm transmission within the clubs by showing when people may have been within close enough contact to transmit the virus.

MDH-identified outbreaks in both Life Time locations date back to September, but the outbreaks the MDH report looked at happened in November, when Covid-19 cases in Minnesota were at some of their highest levels. That means the disease could have been picked up elsewhere in the community and not at the gym, Bushaw suggested.

She also said the number of cases identified represent a very small number of members who visited the facilities within the investigation’s timeframe.

Jason Thunstrom, vice president of corporate communications and public relations, said statistically, Life Time’s large clubs are more likely to see more people with positive Covid-19 cases than smaller clubs simply because they have more members. As of November, Life Time said it had 23 clubs in Minnesota with 120,000 members.

“Number one, you’ve got probably the equivalent of 50 or a hundred or 150 average-sized clubs or gyms. And number two, given the size of our facilities and [the] just massive number of members we have,” he said, using an analogy, “is somebody more likely to come into a Home Depot and stub their toe on an aisle end cap than an ACE Hardware?”

He said Life Time is an industry leader in taking precautions to reduce the spread of Covid-19, including symptom screening temperature checks, requiring masks except in pools and showers since they’ve been required while working out and cleaning equipment.

The safety of gyms

Life Time has been vocal in asserting that gyms like Life Time can be safe amid the pandemic.

As Covid-19 cases in Minnesota were rising and threatening to overwhelm hospitals in the lead-up to Thanksgiving, Gov. Tim Walz ordered a four-week closure on gyms, indoor dining, and other settings.

In response, Life Time CEO Bahram Akradi sent a letter to members that challenged the state’s rationale for closing gyms, including its evidence of spread in health clubs.

In it, he argued that gyms posed a smaller transmission risk than other settings, using data on outbreaks from the Minnesota Department of Health to support his case: At the time, the state had found 48 outbreaks in fitness centers, totaling 747 cases, at that time, 0.003 percent of the state’s cases. (MDH has said that cases detected in outbreaks represent a significant undercount because of the limitations of finding them through case interviews.)

“[Health] clubs are NOT the problem, THEY ARE THE SOLUTION to maintaining public health. They are, in fact, the safest environments people may visit as compared with other forms of retail, entertainment, or any other place, at this time,” he wrote, asking members to contact Walz to express their desire to keep fitness clubs open.

Akradi also hosted a press conference outside one of the company’s clubs.

“If the facts supported that closing our healthy way of life places would be beneficial to the public, we would be doing it voluntarily, immediately,” he said.

Life Time is not alone. A gym trade group, the International Health, Racquet & Sportsclub Association has compiled its own evidence and is arguing gyms can be safe.

But there’s also scientific evidence beyond Minnesota that gyms can present a risk of transmission, particularly if people are careless about masks (currently required in Minnesota gyms) or about coming to the gym when they might be sick.

A March Centers for Disease Control report found that all 10 people who attended a stationary cycling class in Honolulu last summer with an instructor who had Covid-19 became infected afterward, and also identified secondary infections.

The instructor was pre-symptomatic at the time of the class. The room’s doors and windows were closed, and three fans were running to cool the participants. None of the participants wore masks, and all of their bikes were at least 6 feet apart from each other and the instructor.

Another CDC study found 55 out of 81 people who attended a high-intensity workout class in Chicago at some time within a period of about a week tested positive for Covid-19. Classes were held at 25 percent or less capacity, participants were six feet or more apart and brought their own equipment. Twenty-two of the 55 people who tested positive attended the class on the day their symptoms began or after. Of 58 people who reported information on their conduct during class, 84 percent who tested positive for Covid-19 reported infrequent mask use during class, compared to 60 percent of people who did not test positive.

In Minnesota, gyms were allowed to increase their capacity from 25 percent to 50 percent mid-March. Public health officials say people should take precautions if they go, and not attend if they’re at high risk for severe Covid-19 complications.