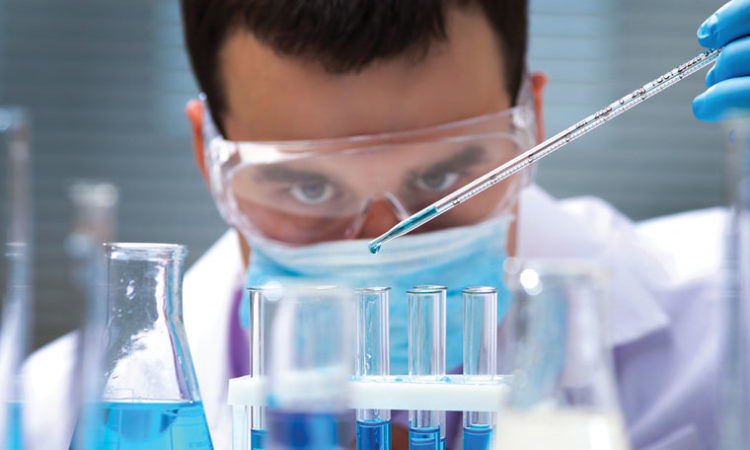 President Donald Trump’s proposal to slash the budget of the National Institutes of Health by nearly 20 percent has drawn anguished reactions from medical researchers and life sciences industry advocates pretty much across the board, but some are stressing that the draconian cuts are hardly set in stone at this point.

The administration’s “skinny” 2018 discretionary U.S. budget proposal, released late last month, seeks to cut nearly $6 billion from the NIH, which is the main engine driving basic medical research in the United States, funding projects that wouldn’t otherwise receive backing from private sources due to their early-stage, experimental or large-scale nature.

Minnesota’s two largest recipients of NIH medical research dollars, the Mayo Clinic and the University of Minnesota, each issued reactions that highlighted the critical role the federal funding plays, but they also cautioned that Trump’s budget is only a blueprint for a Congress that has a long history of bipartisan support for medical research.

Mayo Clinic received $253.7 million in NIH funding from 463 awards in fiscal year 2016, according to the agency’s database, while the U of M says it was granted $257 million from the agency last year.

Mayo’s NIH-funded research includes some of the federal agency’s highest-profile efforts, including $142 million over five years for the Precision Medicine Initiative, described by the NIH as one of the most ambitious research projects in history. Under the effort, Mayo was selected to build and maintain a massive biobank for samples from up to 1 million volunteers.

The NIH cuts now proposed by Trump, however, are many orders of magnitude deeper, and in fact represent the biggest-ever proposed for the agency since at least 1976, according to the American Association for the Advancement of Science. The advocacy group noted that a mere 5 percent funding cut in 2013 translated into 700 fewer research projects awards that year.

In a statement issued to TCB in response to the proposed cuts, Mayo Executive Dean of Research Dr. Gregory Gores said, “At Mayo Clinic, research drives everything we do for patients. As always, Mayo Clinic will advocate for sustained research funding, which we know is critical for accelerating scientific discoveries into breakthrough therapies and advances in patient care.”

But, he added, it’s unlikely the initial proposal will be what eventually emerges from Congress.

“To provide some perspective,” Gores said, “budget proposals are still at a very early stage. We anticipate these proposals will continue to evolve over the next few months.”

Likewise, University of Minnesota officials noted that while surprising and potentially devastating to medical research in the United States, the administration’s proposed NIH cuts are just a starting point in the 2018 budget debate, and that NIH supporters are numerous on Capitol Hill.

“We had heard early indications that (other research-funding agencies) were vulnerable, but frankly we were surprised to see a 19 percent proposed reduction in funding for NIH, the world’s premiere agency for biomedical research that has helped the United States stay at the forefront of medical treatments and innovations,” U of M spokesman Dan Gilchrist told TCB.

Still, “We know that many members of Congress have a keen interest in adequate funding for NIH,” he said.

Federal funding accounted for 60 percent of the U of M’s $788 million in outside research awards last year, with NIH making up the largest share at $257 million (or 32.6 percent).  The National Science Foundation took the second-largest share at $84.8 million. U of M has $635 million in current NIH grants across 618 ongoing projects.

J. Brooks Jackson, vice president for health sciences at the U, sounded the alarm about what the NIH cuts would mean to the school.

“The NIH is an agency without equal,” he said in a statement issued to TCB.  “No other nation has an agency so organized and dedicated to advancing health discoveries. Our schools and centers across the health sciences show the power and effectiveness of the NIH. The funds we receive help us find cures and develop treatments enhancing the wellbeing of our nation’s citizens and citizens worldwide.

“NIH funding helps us search for new ways to treat pain without the addictive components of opioids. Research is helping children with deadly skin disorders develop the cells necessary to live a more normal life. It funds our Masonic Cancer Center, dedicated to developing screening tools and immunology treatments to help Americans live longer and healthier lives. It funds research into transplantation efficacy and maternal care and it enables drug development and vital public health research. This is only a small fraction of the work we do in partnership with NIH.”

Deep cuts to the agency’s budget, Jackson warned, “would damage the research mission of this nation for a generation, and it will be hard to recover.  We hope Congress will stand firm on the importance of the NIH and will provide adequate and necessary funding as proposed in the bipartisan 21st Century Cures Act.”