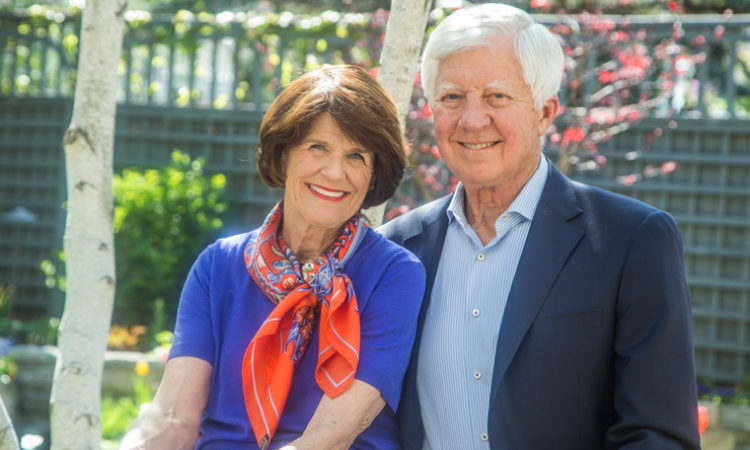 Thanks to the gift from philanthropists Penny and Bill George, Mayo Clinic will establish a conceptual health center that takes a more holistic, individualized approach to women's healthcare. Dr. Stephanie Faubion will head the center.
By Amanda Ostuni
June 28, 2019

Backed by a $5 million donation from Penny and Bill George and the George Family Foundation, Mayo Clinic is establishing the Center for Women’s Health. The center is a virtual space dedicated to taking a more comprehensive and personalized approach to women’s healthcare.

The Georges—who are longtime philanthropists, particularly in the health care space—say the center is the first-of-its-kind response to women’s health needs.

“I think women are yearning to have an integrative approach, which looks at all their needs— mind, body, and spirit,” Bill George, a former member of the Mayo Clinic Board of Trustees, tells TCB. “There are centers that look at women’s gynecological care, breast cancer, cardiovascular… but there are no centers that look across the board at all of women’s health needs.”

“We are truly grateful to Penny, Bill, and the George family for their friendship and incredible generosity,” says Dr. Gianrico Farrugia, president and CEO of Mayo Clinic, in a statement. “The Center for Women’s Health furthers their visionary work to support lifelong, holistic care for women, and we are honored to partner with them to accomplish this goal.”

Faubion says the center is a concept that’s been on Mayo Clinic’s radar for about 20 years. The company has even conducted surveys over time that asked women what was missing from their healthcare.

Faubion says women have consistently expressed that they didn’t feel listened to, and that their health issues weren’t being taken seriously by doctors.

For example, she says, women are much less likely than men to go to cardiac rehabilitation appointments after a heart attack because they tend to have more responsibilities at home that take up their time.

“We can make a list of 10 things we think they should do—exercise, lose weight, sleep better, etc.,” says Faubion. “But if we’re not taking into account what’s going on at home and what their stressors are, then we’re not really making helpful recommendations.”

“This is pulling it all together in one piece,” she says, “It takes into account [not only a woman’s] health care needs, but also her genetic traits, lifestyle, personal preferences—it empowers her to be in charge of… how she accomplishes her healthcare goals.”

Health leaders have acknowledged there are sex-based differences in medicine across the board. In fact, the National Institutes of Health just mandated that research studies must include sex as a biological variable.

The Center is being launched in a series of phases. Women who are already Mayo Clinic patients will be the first to be brought into the center’s concept. Over time, more women will be invited to engage in the project.

Existing doctors will become part of the network, and Mayo Clinic will add administrative staff to organize the care, education, and other healthcare aspects that the center will support.

Faubion expects the center to be fully developed and operational within the next couple of years.

Bill George hopes Mayo Clinic will be the leader in this new approach to women’s healthcare, and that other health systems around the country will follow suit.

“This is a huge issue,” says Bill George. “Women have been neglected for too long in health care.”

Adds Penny George: “It’s empowering people… to be the central agent of their health—their whole health across their life. This is really the future where healthcare needs to go.”