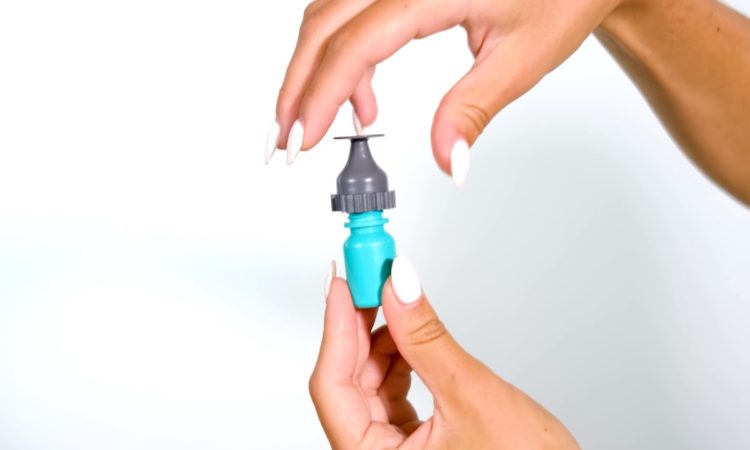 Nanodropper has developed an adapter designed to cut down on the amount of liquid dispensed via eyedrop bottles. Nanodropper.com

Nanodropper, which is led by a student at the Mayo Clinic Alix School of Medicine, received $50,000 in prize money.
By Dan Niepow
September 21, 2021

A startup led by a Mayo Clinic med student has earned the top prize in this year’s MN Cup competition.

Nanodropper Inc., a company that sells “volume-reducing” adapters for eyedrop bottles, took home $50,000 in prize money at a ceremony on Monday evening. That’s in addition to the $25,000 cash prize the company already earned earlier this month as winner of the student division of the competition.

The company’s win marks the first time that a company in MN Cup’s student division has taken home the top prize, said Dan Mallin, who founded the competition with business partner Scott Litman more than a decade ago.

Allisa Song, an MD candidate at Mayo Clinic Alix School of Medicine in Rochester, serves as CEO of Nanodropper. The company’s products are aimed at reducing the amount of medication administered via eyedrops. According to the company, as much as 80 percent of every drop is wasted due to overflow. Song said she was inspired to co-found the company after reading a 2017 NPR article about the phenomenon.

“It turns out that these drops can be up to five times too big,” she said during a presentation on Monday night. “It really becomes a problem when medications like those for glaucoma can cost up to $500 per bottle. This means that this little bit of waste is contributing to a devastating financial barrier to care.”

Nanodropper has developed an adapter that attaches to eyedrop bottles and cuts down the amount of liquid dispensed. Song said that the product could help save millions of dollars in medication waste.

Earlier this month, MN Cup already named Nanodropper the winner of the student division, which is limited to companies run by undergraduate or graduate students in Minnesota. The other eight division winners were:

MN Cup, a public-private partnership operated by the U of M’s Carlson School of Management, is now in its 17th year.