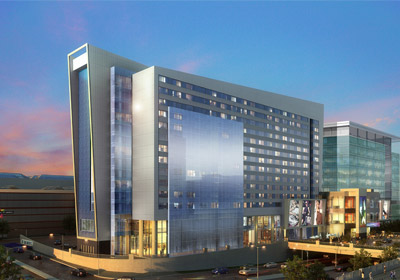 Mall Of America’s Expansion Getting Lots Of Attention

It’s a good time to be Triple Five Group.

The Edmonton, Alberta-based owner of the Mall of America has so many potential tenants for the mall’s future expansion that it likely won’t be able to accommodate all of them.

All of these amenities led Dan Gleason, executive director of brokerage services for Cushman & Wakefield/Northmarq, to tell the Star Tribune that the Mall of America is “an urban environment in a suburban location.”

The newspaper reports that at least one company is eyeing the entire space and others are interested in several floors or smaller chunks.

“We are really trying to focus on tenants who will bring guests in to stay at our hotels, shop at our stores, eat at our restaurants, use our event space,” Triple Five development executive Kurt Hagen told the Star Tribune.

Though this portion of the expansion will be completed by next fall, an even larger expansion is slated for the parking lot across Lindau Lane near Ikea.

Commercial real estate in the Twin Cities has been roaring back after coming to a screeching halt during the recession. Vacancy rates around the metro have steadily dropped as businesses snatch up more space, according to commercial real estate firm Colliers International. Downtown Minneapolis’s Class A office space—the most desirable and expensive spaces—hit its lowest vacancy rate in over a decade. The area near MOA has less than 14 percent vacancy.

More than 3.4 million square feet of projects were under construction when we wrote about it earlier this year.

Among the other large expansions include: the new Vikings stadium and office towers for Well Fargo in Minneapolis’ Downtown East neighborhood, Xcel’s future office space on Nicollet Mall and the Mosaic East expansion that will house Code42, a software company currently located in Northeast Minneapolis.