How local printer Studio on Fire ended up chronicled by a German art-book publisher.
April 11, 2012 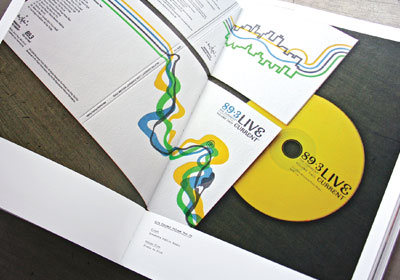 It’s tough judging the book Iron Beasts Make Great Beauty by its cover. That cover comprises two pieces of heavy-gauge cardboard held together by a strip of Day-Glo book cloth, which also serves as the book’s spine. An elegantly elaborate phoenix is embossed on the front.

It’s not your traditional book design, but Iron Beasts covers a nontraditional topic. “Iron beasts” are letterpress machines; the book is a richly illustrated survey of the work printed at Studio on Fire, a Northeast Minneapolis shop that crafts modern awesomeness with these massive old creatures for a global clientele. Letterpress fell out of favor in the printing industry, but artisans have resurrected the technology locally and nationwide.

The book’s publisher is Berlin-based Gestalten, which (according to its website) “specializes in developing content for aficionados of cutting-edge visual culture worldwide.” How did Gestalten get wind of Studio on Fire? Not surprisingly, via the Internet.

According to Ben Levitz, the letterpress firm’s founder, it all began in 2008, when Studio on Fire started its Beast Pieces blog, which provides what Levitz calls a “behind-the-curtain” view of how the studio’s letterpress projects are put together. The blog gets more than 2,000 hits a day, in large part because it posts original content rather than “reposting cool things from other sites,” Levitz says. Gestalten discovered Beast Pieces, dug the studio’s work, and came to Minneapolis to see that work for itself.