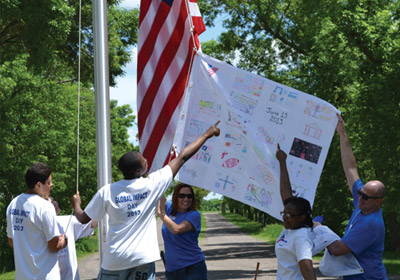 Volunteers of America-Minnesota, one of the state’s largest nonprofits, said the government shutdown and sequester are largely responsible for lower revenue.
January 17, 2014

A large, 117-year-old Minnesota nonprofit is freezing capital spending and cutting 15 jobs, including two vice president positions, as it grapples with a revenue shortfall.

Volunteers of America-Minnesota—which provides a broad set of housing, mental health, education, rehabilitation, and other services—said that, during the first half of its current fiscal year, the organization has a $1.9 million shortfall, which represents 4 percent of its $46 million annual budget.

As a result, the Edina-based organization is freezing capital spending and laying off 15 administrative workers. All affected positions are located in Minnesota and are primarily concentrated in the Twin Cities. Among the staff to be laid off are two vice presidents, the organization said.

Furthermore, Volunteers of America-Minnesota said that its chief financial officer is leaving the organization, and it will begin a search for a new CFO in the next month.

“After a strong year in fiscal 2013, we began fiscal 2014 on July 1 with optimism,” President and CEO Paula Hart said in a statement. “However, in the fall we experienced a challenging funding environment due to the federal government shutdown, changing reimbursement and service models, and costs related to necessary infrastructure upgrades.”

The shortfall isn’t for lack of donors; in fact, contributed revenue is up at Volunteers of America-Minnesota, a spokesman for the organization told Twin Cities Business.

But the organization was hit hard by the government shutdown and sequester. For example, the nonprofit receives revenue from the government for its programs that help former inmates re-enter society as they exit federal prisons. But it received no funds during the shutdown, as people were not being sent to its programs during that period. And the sequester's cuts to other federal programs will have a longer-time impact on the nonprofit's revenue.

For its most recently completed fiscal year, more than 60 percent of Volunteers of America-Minnesota’s revenue came from government fees and grants, according to the nonprofit's annual report.

Hart said that the organization is taking “immediate steps to rein in our expenses,” and the organization will also “re-evaluate our service mix and program offerings in order to meet the needs of communities in Minnesota and Wisconsin as effectively and efficiently as possible.”

One of Minnesota’s Largest and Oldest Nonprofits

Volunteers of America-Minnesota is one of the state’s largest nonprofits. (It ranked among the top 85 on the Star Tribune’s annual nonprofits list, based on revenue.) It is also one of Minnesota’s oldest, having been founded in 1896.

Volunteers of America-Minnesota said that it provides services to more than 25,000 people—including children, adults, and seniors—each year. Its wide array of services include affordable housing programs, mental health services, help for people with special needs, foster care, educational services for students who have not been successful in a traditional classroom setting, social services for seniors, veterans’ services, and many more.

In addition to merging with the Wisconsin-based organization, Volunteers of America-Minnesota also recently merged with Amicus, an agency that provides programs and support for Minnesotans with criminal records.

Nationwide, about 55,000 volunteers help Volunteers of America’s employees carry out the organization’s mission.