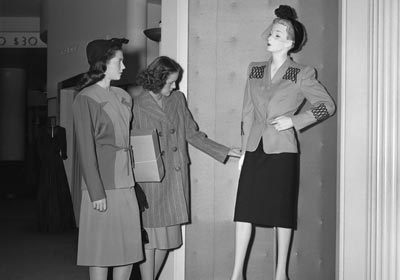 Macy’s has hammered one more nail in the coffin of the once legendary downtown Minneapolis Oval Room. The veteran Minneapolis-based buyer for the designer department was recently dismissed due to a “change in alignment of responsibilities,” according to a spokesperson.

Now, New York will be responsible for filling the department that was once the crown jewel of the Minneapolis store. In recent weeks, racks have looked sparse, and house brands like INC were creeping closer to the hallowed Oval. Macy’s says it continues to stock 13 to 15 designer brands, but DKNY—Donna Karan’s more moderate division—is not “luxury” by most retailer standards.

Downtown Minneapolis is one of just six of 800 Macy’s stores nationwide to offer designer merchandise. Don’t think for a minute it’s because we’re a top market for luxury—the closing of Saks, Bloomingdale’s, and (soon) Neiman Marcus suggests otherwise. Macy’s is doing its best to honor tradition, says Cindy Eliason, a district vice president.

“Even though [designer] is not our focus, our commitment is firm,” Eliason says. “Decisions are made based on who the customer is that is shopping in that store.” She went on to say the primary Minneapolis Macy’s customer is the downtown worker, whose salary affords more Alfani than Armani. If you’ve noticed that departments seem more tightly edited downtown, that’s to make it “more practical” for the customer to shop over her lunch hour, a spokeswoman says.

Meanwhile, a good chunk of the first floor remains boarded up since the Louis Vuitton shop closed this year. “We are always evaluating our assortment,” Eliason says.

Let’s hope it continues to include Eileen Fisher and St. John. Those are the brands handled by the one senior buyer left in the offices above the downtown Minneapolis store that used to house more than 800 employees. She’s got her pick of corner offices.