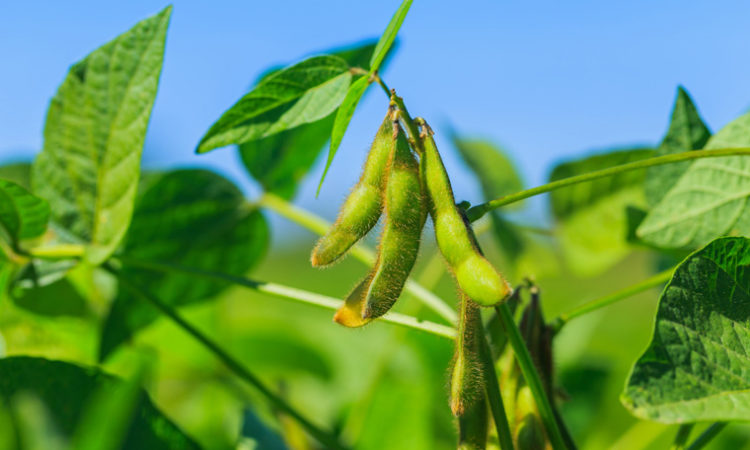 Soybean prices have fallen by about 28 percent since March.

Low Soybean Prices, While Bad for MN Farmers, May Not Be Bad for the States Economy Overall

Trade policy will always create winners and losers. The key is to mitigate the harms to the losers.
By Louis D. Johnston
July 12, 2018

From crude oil to soybeans, international trade matters to Minnesota and its neighbors. Yet understanding whether changes in the prices of internationally traded goods and services help or hurt our regional economy is complicated. Trade policies that cause  prices to rise will help some groups and hurt others, while falling prices would have the opposite effects.

Let’s examine two recent events, rising oil prices and falling soybean prices, and examine how they affect us locally. The big takeaway is that there is no one set of trade policies that is “best” or that will help all Minnesotans or all Americans. Some groups gain, other groups lose, and their positions might be reversed under different circumstances. What ultimately matters is that the pains and gains of international trade are shared among us all.

Crude oil prices rose from $45 per barrel to $74 per barrel over the past 12 months. President Trump is not happy about this, attributing the 64 percent increase to “the OPEC Monopoly.” He added, “REDUCE PRICING NOW.”

The president believes that higher oil prices hurt the U.S. economy, but this ignores the fact that Americans both buy and sell crude oil. For instance, higher oil prices hurt oil refiners and chemical companies since they purchase crude oil and use it as an input to produce products such as gasoline and plastics. Higher gasoline prices pinch households directly at the pump and indirectly through higher prices on the goods they buy at the stores (due to increased transportation costs).

However, suppose you own oils rigs in the Bakken shale oil area of North Dakota. The difference between oil at $45 per barrel and $74 per barrel might be the difference between losing money and making a profit. This in turn affects wages and hiring in a variety of support industries such as construction, trucking and railroads. Higher oil prices probably lead to more hiring, higher wages, and increased demand for drilling equipment and transportation services.

Further, the state government in North Dakota relies on oil taxes along with sales taxes on general merchandise to fund universities, roads, and other services. Higher oil prices, if they result in increased economic activity, will lead to higher tax revenues and will ease the budget problems the state has faced over the past few years.

Thus, although higher oil prices might hurt some areas of the U.S. economy, they are probably a boon to North Dakota and other areas that benefited over the past 15 years from the development of hydraulic fracking.

President Trump imposed tariffs on $34 billion of imports from China last week, and China immediately retaliated by imposing tariffs on an equal amount of imports from the U.S. Since the administration announced the tariffs in March, commodity markets anticipated that China would hit U.S. soybeans with tariffs, and thus soybean prices have fallen by about 28 percent since March.

Soybean farmers clearly lose in this scenario. For example, Michael Petefish, president of the Minnesota Soybean Growers Association, told NPR that the tariffs would cost him “close to $250,000” this year. Petefish compared his position as a soybean farmer to being “a pawn in a high-stakes chess match.”

On the other hand, winners include American companies that use soy as an input to their production processes. For example, producers of soy milk, soy meal, and soybean oil will pay less for raw soybean and thus they can either continue to sell their products at their current prices (and increases their profits) or cut the price of their products to benefit consumers.

Like high oil prices, there is no good or bad price of soybeans. It all depends on whether the gains to producers of soy-based products outweigh the losses borne by soybean producers.

There is no one price for crude oil or soybeans or any other product that is best for a particular economy. However, economists make the case that expanded trade is beneficial to countries for a variety of reasons, most especially because it helps the economy grow.

A related suggestion comes from economists Spencer G. Lyon and Michael E. Waugh of New York University. They write, “The government could use a progressive tax system to provide social insurance that helps transfer resources from the winners from trade to the losers,” and argue that as an economy is more exposed to international trade the more progressive the income tax system should be. Unfortunately, the U.S. has moved in the opposite direction, with the tax system becoming less progressive as we have integrated our economy more deeply with the international system.

When the U.S. government pursues a particular trade policy, there will be winners and losers in our country. So, the government has an obligation to pursue additional policies that will mitigate the effects on those bearing the burdens of those policies.