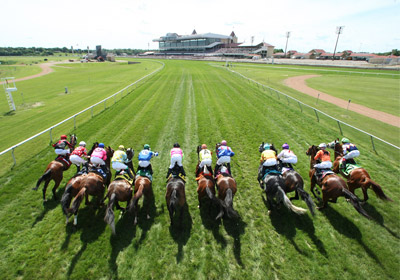 The Shakopee company saw a jump in food and beverage sales but a decrease in card casino sales, which it attributed in part to significant road construction in the area.
November 24, 2013

“We believe both racing and card casino revenues were adversely impacted in the third quarter of 2013 due to significant road construction in our area,” Sampson said in a statement.

Sampson also said the track continues to see benefits from a joint marketing agreement it made in June 2012 with the Shakopee Mdewakaton Sioux Community—who own and operate Mystic Lake Casino Hotel.

The agreement bumped up the winning purse total for Canterbury track horse owners, trainers and jockeys, by $75 million over the 10-year lifespan of the agreement. This led to a record-setting $12.5 million doled out in purse money this season, nearly doubling the 2011 purse and about 27 percent more than last year.

Shares of Canterbury’s stock were trading up about 3.6 percent at $10.65 during late Thursday morning trading.