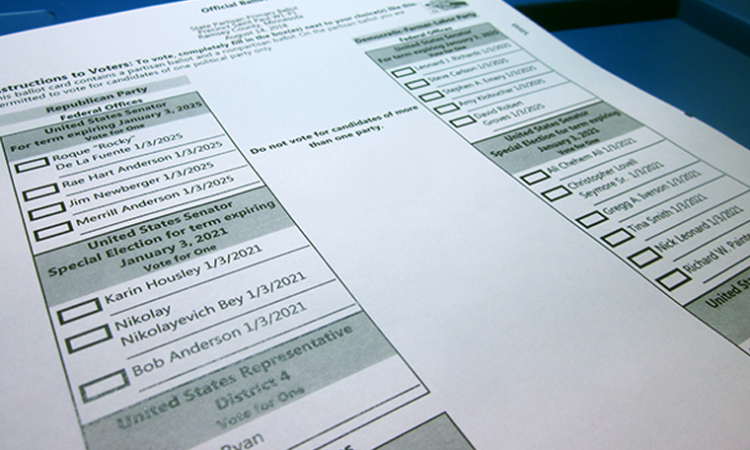 If you’re reading this, chances are you paid at least passing attention to the big primary election in Minnesota Tuesday. And now that we’ve got more detailed results, here are some charts to put the voting into perspective.

Is the urban-rural divide a real thing or just a political construct used to divide people? Either way, it comes up a lot, so let’s look at how Minnesota’s main governor hopefuls fared among the state’s rural, city and suburban residents.

On the Republican side, Hennepin County Commissioner Jeff Johnson beat former two-term Gov. Tim Pawlenty by 9 percentage points, 53-44. So where did his votes come from? Everywhere, it turns out. Johnson’s support outpaced Pawlenty’s in Greater Minnesota, in the Twin Cities suburbs — and in the cities of Minneapolis and St. Paul. 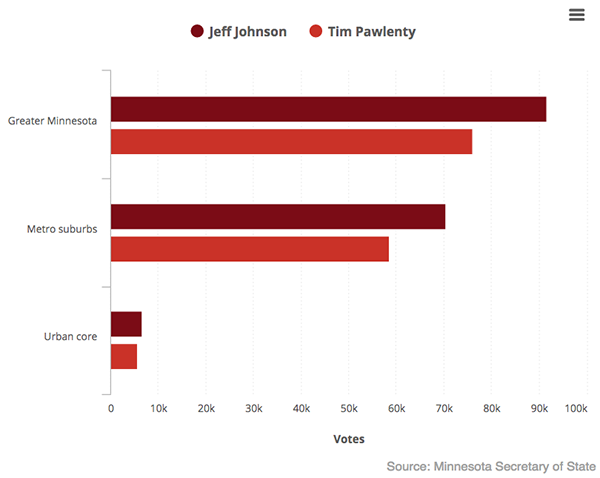 On the DFL side, U.S. Rep Tim Walz, who has represented Minnesota’s First Congressional District since 2007, emerged the winner. He got 42 percent of the vote, compared to 32 percent for Rep. Erin Murphy and 25 percent for Attorney General Lori Swanson. Walz’s biggest biggest margin was in Greater Minnesota, but he also did better than his opponents in the Twin Cities suburbs. 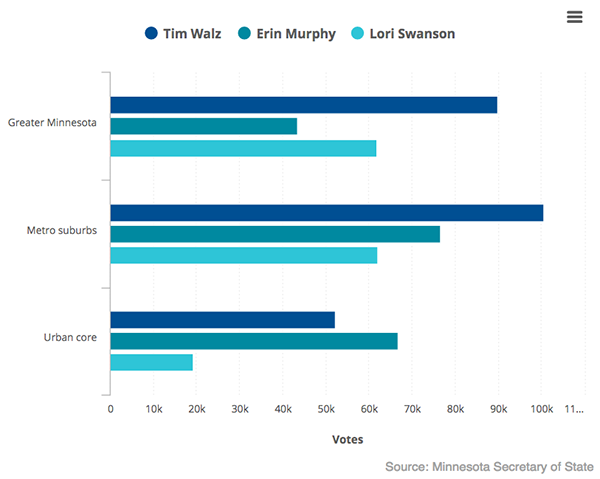 If Minneapolis and St. Paul were their own state, however, Murphy — who represents St. Paul in the Legislature — would have won the race. She got 48 percent among voters in the two cities. Meanwhile, Swanson’s strongest showing was in northern Minnesota, including the Eighth Congressional District.

Turnout for governor was higher on the DFL side than on the GOP side, by a significant margin. As of Thursday morning, the Secretary of State’s office counted roughly 320,000 votes for Republican gubernatorial candidates and 583,000 for Democrats. Democrats showed the highest turnout for governor in Minneapolis and St. Paul and some of their suburbs. Turnout was also relatively high compared to other Greater Minnesota districts in northern Minnesota’s CD8, which might have been driven by a  competitive DFL congressional primary between former Rep. Joe Radinovich, former local TV reporter Michelle Lee and Rep. Jason Metsa.

Votes for DFL and Republican gubernatorial candidates by congressional district 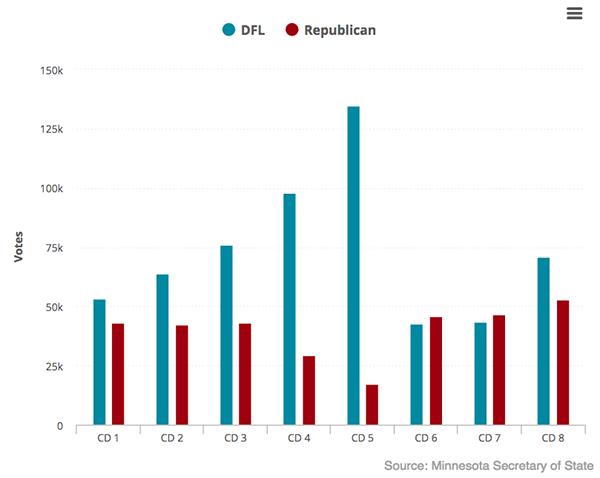 Republicans turned out to vote for governor at a relatively steady rate across much of Minnesota, excepting the most metro-centric congressional districts. GOP turnout beat DFL turnout in CD6 and CD7.

In early June, after Rep. Keith Ellison announced he wasn’t going to run for another term in his urban district, a bunch of DFLers jumped into the race.

During the campaign, political observers expected it to be a tight race between Rep. Ilhan Omar and former House Speaker Margaret Anderson Kelliher, with Sen. Patricia Torres Ray having the potential to capture a substantial number of votes as well. 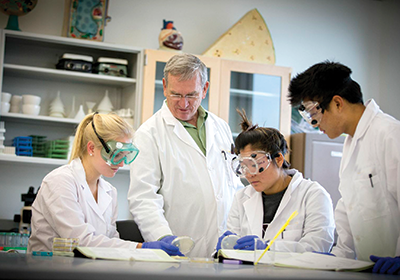 But once the voting began, extremely strong support among voters in the city of Minneapolis propelled Omar to victory. Though Anderson Kelliher ran neck and neck with Omar in the suburbs, it wasn’t enough to make up Omar’s margin from the city.

In the end, it wasn’t close: Omar won with 48 percent, while Anderson Kelliher got 30 and Torres Ray 13.

Up on the Iron Range (and, well, the rest of the Eighth district, which stretches down to the Twin Cities’ northern suburbs), many expected the race to be closer between Radinovich, Lee and Metsa. 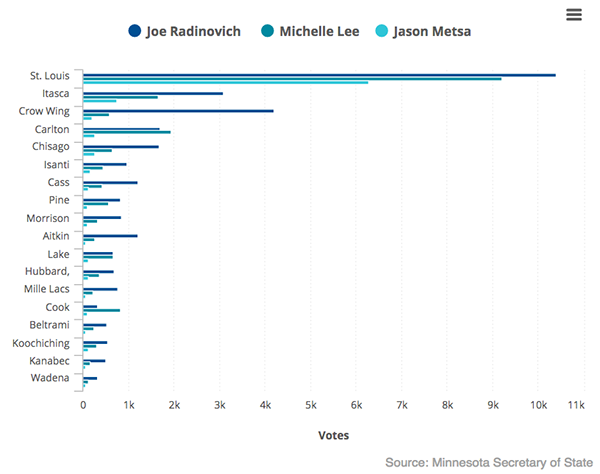 But look at results county by county and it’s clear Radinovich pulled more support than Metsa … everywhere. He got 44 percent of the total vote tally to Metsa’s 13 percent. Lee, with strong support in St. Louis County, home of Duluth, came in second, with 28 percent of the vote.