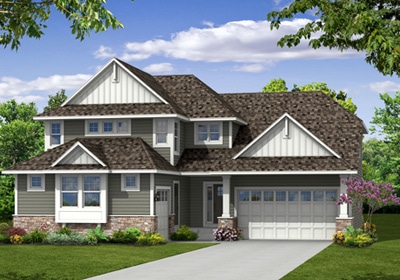 Lennar is adding “home-within-a-home” floor plans to its Minnesota product lineup; the company said it is tapping into a growing trend of multiple generations living together.
September 14, 2012

Lennar Corporation recently announced that it will introduce a home floor plan “never before seen” in Minnesota—one that caters to multiple generations living under one roof.

Miami-based Lennar, Minnesota’s largest residential builder based on metro-area revenue, will unveil a model of its Next Gen line of “multigenerational” homes in Maple Grove on Saturday.

The company claims that there has been a resurgence in the United States of multi-generational living—meaning extended family living together in a single home. The trend has been largely driven by the economic downturn, as aging parents have seen retirement investments diminish and college-aged individuals have found it necessary to move back home, Lennar said.

The Next Gen homes include “suites” that are connected to and offer direct access to the main home, but also provide separate entrances, living rooms, kitchenettes, one-car garages, laundry machines, and private outdoor spaces. Unlike most duplexes, the utilities are connected throughout Next Gen homes.

“The opportunity for families to share a mortgage makes a lot of economic sense for many families,” Bill Burgess, president of Lennar’s Plymouth-based Minnesota division, said in a statement. The Next Gen model offers “essentially two homes with one payment, making living together affordable, comfortable, and flexible to your needs,” he added.

Tim Fohr, Lennar’s marketing manager for the Minnesota region, said Tuesday that Next Gen homes were previously unavailable in Minnesota, but following the Saturday unveiling of a model home in Maple Grove, the homes will be offered “Twin Cities-wide.”

The number of homes built will “be dependent upon the market and how it responds” to the new offering, Fohr said. But the company conducted research with focus groups and existing customers and found that some people already live with multiple generations under one roof, and the company believes this solution will better serve such customers.

“The financial benefits alone, we think, will drive demand,” he said, pointing out that Minnesotans who travel south for the winter could save money by living in their family’s Next Gen suite when they are up north, rather than owning or renting their own property.

Lennar said that it has received “tremendous interest from the public” since introducing the concept in other markets, including Arizona, California, Florida, Nevada, South Carolina, and Texas. The Next Gen products now represent 25 to 35 percent of those sold in certain markets, Fohr said.