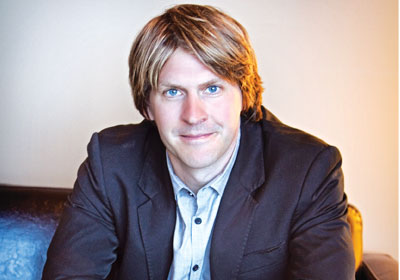 Sophia wants to tap the teacher in everyone to make students learn better.
April 11, 2012

Each month, students make more than 3 million searches on Google just on the topics of algebra, chemistry, biology, and English, and what they find is a mess,” notes entrepreneur Don Smithmier. To help students sort through it, Smithmier launched in March the public beta version of Sophia, a teaching and learning website that allows anyone to upload tutorials on topics such as math, English, or science for free. These tutorials, or “learning packets,” can be viewed by anyone, anywhere—also for free.

“We refer to [Sophia] as a social education platform, and the idea is that if you can get people out there contributing what they know about a particular topic, you can start to change the student-teacher ratio,” Smithmier says. “You can have 30 teachers for every student and not 30 students for every teacher.”

Smithmier moved to Minneapolis from Madison, Wisconsin, in 1994planning to become a high school teacher. He ended up at Capella Education Company, the Minneapolis-based online college, where he worked for 14 years in various positions, including vice president of general management. He left Capella in 2008 to found or cofound three new ventures: recording studio Rumble Music in 2008, digital ad agency GoKart Labs in 2009, and BringMeTheNews, also in 2009. The three businesses, along with Sophia Learning, share offices in Minneapolis’s Warehouse District and operate under umbrella company Matter Worldwide.

The idea for Sophia came out of a chat between Smithmier and his GoKart partner, A. J. Meyer, who agreed that online education hasn’t embraced social media. Smithmier says that the allure of Sophia is similar to that of sites students are already familiar with, such as Facebook, Twitter, and YouTube. Anyone can be the teacher.

“It’s not about teaching courses, it’s about teaching concepts,” Smithmier says. “You may not be able to teach a course in algebra, but you might remember a cool way to factor polynomials. And if you do, we want you to share that.”

Sophia lets individuals create learning packets using different media—text, images, presentations, video, audio, and so on. Learners rate a tutorial packet using a five-star system, write a review, or post questions. A packet gets an extra endorsement if three (or more) teachers or content experts within that field deem it accurate. Sophia also allows instructors at schools and colleges to create groups that let them share their class content privately.

Like Wikipedia’s entry writers, Sophia’s “teachers” aren’t paid, except perhaps in goodwill. For professional teachers, Sophia offers the platform to post multimedia teaching materials to supplement textbooks and classroom teaching. For students, it offers multiple tutorials created by teachers on the same or similar topics that help students learn by providing many different ways to learn the same concept.

Aaron Mullally, who teaches human anatomy and physiology at the Brooklyn Park campus of Rasmussen College, has posted more than 100 learning packets on Sophia, mostly videos of his lectures. He says they let him “flip the classroom”—students watch lectures as homework and then discuss the material or complete assignments in class. This allows them to learn from lectures at their own pace and ask questions in class, Mullally says.

While Mullally has used Facebook and YouTube to share his lecture videos, he prefers Sophia because it lets him add notes, worksheets, and PowerPoint presentations to supplement his videos. He can also organize learning packets in the order that he wants his students to view them.

Last spring, Sophia acquired an adaptive learning company offering to schools at a membership fee a library of videos, along with assessment tools and quizzes, that teach math concepts in a wide range of teaching styles. Sophia plans to offer that content to students and teachers worldwide for free beginning in April. Sophia will thus increase the number of packets available from 5,000 to 30,000. It also plans to add more science and English content within a year.

Smithmier plans to keep Sophia free of ads, but then “there is the nasty issue of how do we make money.” One possibility: Sophia plans to provide opportunities for students to earn college credit. This would fund Sophia’s growth, along with support it already receives from sponsors such as Capella, which provided financing early last year and is now a co-owner.

Sophia isn’t profitable yet; Smithmier says that the company’s 14 employees and 25 contractors are focusing on refining the website’s offerings and expanding its reach. In April, Sophia will also offer expanded search and navigation tools that will provide students with multiple options on a specific topic.