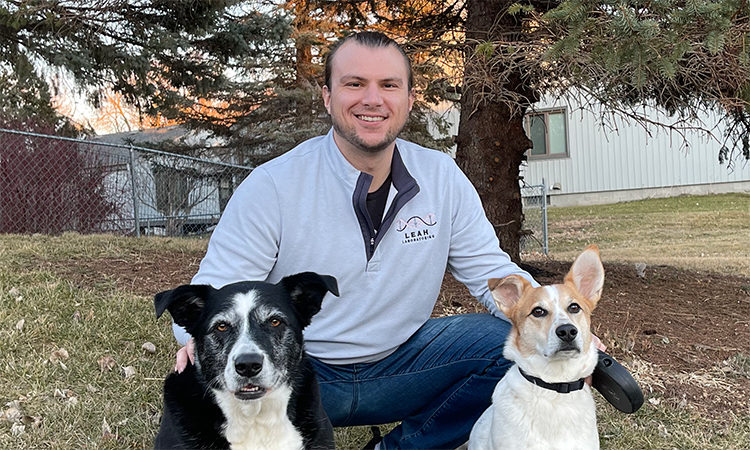 LEAH Labs founder and CEO Wesley Wierson and his dogs Layla and Clyde.

Rochester-based LEAH Labs is another Minnesota biotechnology company, but the future patients for the company’s technology are dogs, not people. The company is working to develop a treatment for cancer in canines.

LEAH Labs is looking at advances in gene editing therapy used for humans and aims to deploy similar tools to help dogs. The company is initially focused on treating lymphoma in dogs.

“Right now, scientists are able to reprogram living cells,” said Wesley Wierson, founder and CEO of LEAH Labs. “As a company LEAH Labs is looking to reprogram immune cells [in dogs] …that can recognize cancer and then destroy it.”

But Wierson said that the company’s technology could ultimately help other creatures as well.

“We’re not only interested in curing cancer in dogs,” said Wierson. “Long-term as a company we want to use gene editing to be able to reprogram any cell type that could provide a therapeutic value to a pet.”

That could eventually include cats, for example.

The company previously raised $900,000 in a round of angel financing that closed in March 2020. That included $468,000 raised through Wefunder, a crowdfunding site for early-stage companies.

LEAH Labs is now working to raise another $535,000 through Wefunder. So far, the company has raised $270,060 – about half of its goal. That money will fund growing its team and conducting more trials of its technology.

Wefunder is a crowdfunding site where non-accredited investors can invest as little as $100 in early-stage companies. Per Wefunder’s own site, those investments should be considered high risk.

But unlike contributions on a site like Kickstarter, money pledged through Wefunder and similar sites are considered equity investments.

The company has also landed several grants totaling $394,000. That includes a Launch Minnesota Innovation Grant from the Minnesota Department of Employment and Economic Development in January 2020.

The potential market is huge. The American Pet Products Association announced in March that Americans spent $103.6 billion in 2020 on their companion animals, an all-time high. People spent more money than ever on their pets during the pandemic. The APPA statistics show that pet spending increased 6.7 percent during 2020.

Wierson has big goals for LEAH Labs. He said that the company is hoping to commercialize its product in late 2023 or early 2024.

“We’re going to be looking to develop a pipeline of therapeutics where we’re looking at other cancer or other types of disease in dogs,” said Wierson. 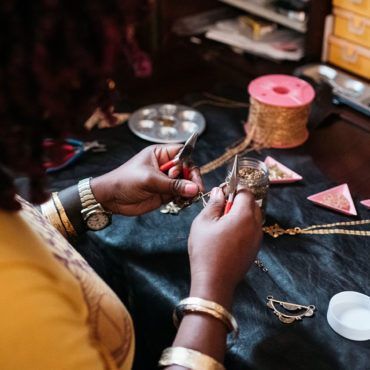