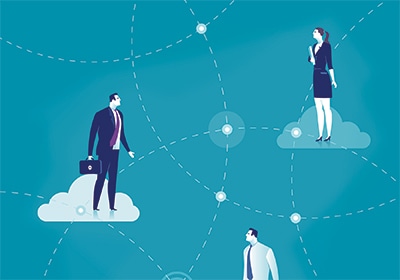 It’s a competitive market for proven business leadership. But when it comes to attracting talent, smaller firms can play and win.
May 09, 2016

What are the traits of a talented business leader? One person who has a good idea is David Magy.

“Maybe it’s Minnesota, but typically regardless of the role, we’re looking for a level of humility,” says Magy, principal of Wayzata-based executive-search firm Abeln, Magy, Underberg & Associates. That means, among other things, “someone who gives credit to the team rather than [saying], ‘This is what I accomplished.’ ” The type of leader his firm’s clients are hunting for can work with a variety of personalities, across different areas of a business. He calls that attribute “plays well with others.”

Magy and other recruiters say many companies are seeking this kind of leader. Strong business leadership talent is never in hyperabundant supply, and that might be especially true now. An improving economy is one reason. Another is that thousands of baby boomers are retiring, particularly after the recent recession kept them working longer than many of them wished.

Larger companies often have the money to find and nurture leadership talent, and they have succession planning protocols in place should one of their top executives retire or depart. They’ll always be able to lure people with strong resumes and proven track records. But that doesn’t mean that small and midsize companies can’t successfully compete for top-quality talent. Smaller firms have attractions other than the biggest salaries in the marketplace, experts say. What’s more, these companies can nurture talent that’s already on their payrolls.

Needless to say, a business leader demonstrates his or her talent by delivering measurable results—increased sales, stronger departmental performances and beefier bottom lines. But how a leader achieves those results has changed in the past 20 years, recruiting experts say.

Like Magy, Mary Nutting, owner and president of Minnetonka-based CorTalent, which works primarily with small and midsize companies to recruit and retain talent, sees “demonstrating humility” as one of the chief traits companies are seeking. Connected with that is “the ability to inspire people,” which she describes as getting people to achieve “without force. That’s a skill a good leader has developed over time.”

All told, companies are generally looking for a “less directive-management leader,” says Jim Johnson, franchise owner of the Edina and Eagan offices of Express Employment Professionals, a national executive search firm, and president of the Minnesota Recruiting and Staffing Association. As someone who has worked for more than two decades in executive recruitment, Johnson says his clients are looking less for a “disciplinarian” and more for leaders who are collaborative and good listeners. “The authoritative style doesn’t seem to work well anymore, especially with the millennials,” he says.

David Lyman, a principal with Minneapolis-based search and leadership consulting firm LymanDoran, says he is seeing a demand for “inspiring leadership.” That trait embraces a number of talents, including communicating a company’s vision or mission, engaging employees in the role they’ll play to achieve that vision and building high-performing teams.

In short, the demand is for soft management skills as well as harder business-building chops. For small to midsize companies, they are seeking a soft and hard blend. “Companies today are looking for leaders that, No. 1, can fit their culture,” says Cynthia Chandler, principal with Spring Park-based Chandler Group Executive Search. Secondly, she says, companies are seeking leaders who can bring new and innovative thinking, often from outside the industry into which they’re being hired.

Another soft skill in demand is strong communications skills. That, Magy notes, includes communicating with people who aren’t employees. A strong leader also can work well with the company’s board and has the ability to make a strong financial case for new projects and products, she says.

So how can a company attract that kind of talent? “The No. 1 thing that really excites people is the opportunity to really make an impact,” Magy says. What that means varies from company to company. It could mean helping to bring a new product successfully to market. It could mean “taking a department that’s doing well and make it do even better.” There can be impact at any level in a company, whether at the C-level or as a manager of a key department, such as finance or IT.

Some leaders at small companies might think they can’t compete with larger firms for proven talent. But often they may have an advantage. “There are many people who want to leave the hierarchical, bureaucratic processes of larger companies,” Chandler says.

What attracts these leaders, Lyman says, is “growth—business growth and personal growth.” They’re looking for a company that’s expanding and moving forward, and whose growth they can help take further. For younger talent, Lyman notes, there often is a need to emphasize “mission-based work”—a sense that an organization has a meaningful vision and values. At a med-tech firm, for instance, that would mean saving lives. Whether they are veterans or skilled millennials, an increasing number of talented individuals “don’t want to just work for a company and they don’t want to just work for the biggest salary,” Lyman says.

Indeed, a big part of the draw of a smaller firm is that it is smaller, and that a proven leader can have a greater impact on its continued growth and success than he or she might have in a larger organization. “Our word of advice [to small to midsize companies] is to make sure you act and think ‘small’ and more like an entrepreneur in order to attract higher-level talent that’s desiring that kind of culture,” Chandler says. She and other recruiters describe that culture as a key part of a company’s brand.

Particularly in an era of Google searches and LinkedIn connections, information about companies of all sizes is easier than ever to find. Talented leaders now can find out how well a business is doing and what its culture and values are. Chandler advises small to midsize firms to market themselves so that they’re not only trying to attract customers but also new employees by having stated “employment brands” that are very clear about their values and vision. Those are key elements of a company’s name-brand value. Major employers like Target and UnitedHealth Group have powerful, familiar names. But smaller companies can also promote themselves to leadership talent as brands—values and culture that can attract strong performers.

A company doesn’t always need to go outside its own walls to find management talent. And in many respects, nurturing internal leaders follows the same principles as attracting them.

The loss of an experienced, talented executive can be a big blow for any company, but particularly for a smaller one when that executive has specialized knowledge about the company and its industry—in mergers and acquisitions, for instance, or lean manufacturing processes. “There is a huge competition for industry knowledge,” Magy notes, “especially in the small to midsize market.”

One of the essential ways to keep that talent in place is simply to communicate that talented employees are valued—and that they are being considered for higher roles in the organization. “In general, people want to know where they stand,” Johnson says. “They want to know where they’re going next in the organization,” and how they can get there. “Providing a clear vision and a clear path, then checking back often, really helps.” It’s the unknown, he adds, that “sends people packing and looking for a new opportunity. They might not jump for more pay if there are plans [for them] to do more and get more by staying.”

Recruiters say companies looking to develop and retain talented employees should offer them challenging work and new projects that provide opportunities to grow and learn. Older leaders can contribute to that talent development with opportunities to mentor younger workers. Whether the talented employees a company wishes to keep are in leadership or possess specialized knowledge, “people stay where they are because they are continually challenged to do new and different things,” Magy says.

Developing in-house leaders is not only a way to retain talent—it’s also a way to retain knowledge. This is another crucial role that older mentors can play in the company: passing on to the next generation of leaders the kinds of company-specific skills and information that resides not in a company’s IT system but in the brains of its longtime leaders. To ensure that companies are indeed capturing crucial knowledge, Nutting advises companies to have mentoring programs and succession plans. “That’s not just at the executive level but throughout the organization, where you’re looking at key positions, key talent that needs to be replicated,” she says.

Know what you really want

Companies seeking strong talent also should determine what kind of talent they want and need. Business leadership isn’t one-size-fits-all. Magy says that a person who is successful at one company wouldn’t necessarily be successful at all businesses. “There is no single model [for talent management] that works for every organization,” Magy says. Though most businesses naturally talk about attracting and retaining “top talent,” each organization “is incredibly different culturally.” That means that companies looking to hire need to take the time to find someone “who truly fits what your organization is.”

Lyman has been seeing a number of large-company leaders moving to smaller growth companies. But both the company and the candidate need to carefully evaluate whether the person is ready to transition from a large to smaller employer. How can a talented person successfully make that move? Lyman cites several scenarios in which an employee gained experience working outside a big company’s main bureaucracy. That could involve working on an entrepreneurial project, leading a small business within the corporation or handling an overseas assignment.

Though recruiters are eager to place a hire, a reputable recruiter doesn’t want that hire to be a flop at the client’s firm. “Hiring is sometimes done too quickly,” Magy says. A company that wants to fill a top position shouldn’t be using an old job description. A company looking to hire the right talent should make sure “it’s seeking what it really wants, and not just filling an opening,” Magy says. An organization must determine what’s needed—at this point and in the not-so-distant future, he adds.

Small to midsize companies require talented leaders as much as large ones do. But smaller organizations typically have their own dynamics and ways of operating. Smaller growth companies, and indeed small to midsize firms in general, are often family-run, which adds a more personal dimension that large organizations don’t have. In a sense, a smaller company operates like a family. An effective leader in such a company will achieve meaningful results but also be a good fit with the company’s “family” dynamic.