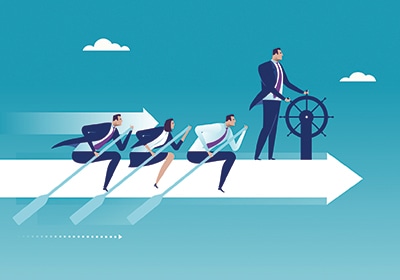 Leadership Is No Popularity Contest

A senior consultant in our firm once told me that when she worked for me she alternately hated me and loved me—hated me because I had very high expectations and insisted on perfection, but loved me because I pushed her to do her best and to do things she didn’t believe she could do.

I’m OK with that because that’s what good leaders do. Many times (probably more often than I’d like to admit), I have been unpopular. Sometimes it has been shareholders who are disappointed with quarterly earnings because I advised my client company to invest in long-term profitability strategies at the expense of short-term growth. Other times it’s been executives to whom I have had to say “no” when an investment isn’t paying off and it’s time to stop throwing good money after bad. And sometimes it’s been fellow board members who were comfortable with underperforming management, and I had to push hard for change.

Leadership has many risks and rewards, but perhaps the greatest personal risk is being unpopular. Great leaders know how to guide an organization as it deploys its finite resources in the best way to get to where the organization wants to go. They drive the vision and need to be relentless in its pursuit while objectively managing competing factions for resources of time, capital, people and technology. Leaders must be willing to make tough decisions during battles in order to win the war. In short, leaders know how to get results, but have to accept that sometimes that makes them unpopular.

For example, much has been written about Steve Jobs, the cofounder of Apple and initial majority shareholder of Pixar, and his reputation as difficult to the people who worked for and with him. Jobs had a vision, extreme focus and high energy that transformed innovative ideas into reality, but that leadership did not always make him popular. However, when Apple started to show results, Jobs gained credibility and respect from his stakeholders and today is considered to have been one of America’s greatest business leaders.

When my sons were growing up, people would comment on what nice, well-mannered young men they were and ask why I thought they were that way. I told them that I would prefer my kids both loved and respected me, but if I had to choose one or another, I would take respect. Leaders have to make this choice as well, since many times there is a conflict between leadership and popularity.

Second, however, realize that leaders cannot lead without followers. People will follow you if they believe in you, even if they don’t like you. To gain followers, you must be willing to put yourself on the line and submit to the same rigorous objectives and accountabilities that you expect from others in your organization. When people see that you believe in what you are doing so strongly that you are willing to take this stand, you will earn their respect. Then, even if they don’t agree with you or like you, they will still follow you because you have established your credibility and integrity.

Third, respect those who disagree with you. This may be a foreign concept in a hotly contested presidential election year, but in business leadership, it’s important. Hopefully you have surrounded yourself with highly capable people who have legitimate opinions and viewpoints based on expertise. They have a right to be heard and know that their opinions are respected and taken into consideration, even if they don’t triumph. Bullying your way through without listening will not only make you unpopular, but also leave you without supporters.

It’s often said that it’s lonely at the top. The buck stops with you, so you’re the one making the toughest decisions, disrupting the status quo to implement necessary change and saying “no” when the resources run out. And because of this, leadership can be unpopular, for sure. But people will follow you if they respect and believe in you.