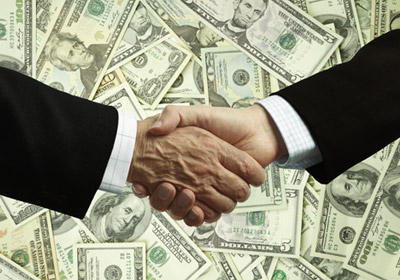 Herbert Richard Lawson was accused of tipping off his brother and another company cofounder with insider information; the three men will pay nearly $6 million but didn’t admit wrongdoing.
May 23, 2014

Three founders of Lawson Software, Inc., have agreed to pay a total of $5.8 million to settle allegations that they took unfair advantage of insider information to sell stock ahead of the company’s 2011 merger.

Lawson, which was founded in St. Paul and was previously one of Minnesota’s largest public companies, was acquired by New York-based Infor Global Solutions and an affiliate of San Francisco-based private equity firm Golden Gate Capital in a deal valued at roughly $2 billion. The firm remains a major St. Paul employer and last year signed a long-term lease to remain in the city.

The U.S. Securities and Exchange Commission this week filed charges against three Lawson cofounders, accusing them of using insider information to take unfair advantage of inaccurate media and analyst reports leading up to the acquisition. The regulators said the three men—Herbert Richard Lawson, his brother William Lawson, and family friend John Cerullo—agreed to pay $5.8 million to settle the allegations, although they did not admit to any wrongdoing. The settlement is subject to court approval.

On Tuesday morning, attorneys representing each of the three men declined to comment on the settlement.


The SEC's Allegations Of Insider Trading

The Lawsons and Cerullo founded Lawson Software in St. Paul in 1975. The SEC alleged that Richard Lawson, who was serving as co-chairman of the company's board when it began mulling a sale, was kept apprised of the ongoing merger talks, including after the companies struck a non-disclosure agreement. When Infor conducted its due diligence in February 2011, Lawson Software contacted five competitors to gauge their interest in acquiring the company—but the effort elicited “little-to-no interest,” according to regulators.

A media report surfaced, breaking the news that Lawson Software had retained a financial adviser to explore a possible sale, and the article named other potential suitors for the company—news that caused a 13 percent spike in Lawson’s stock price. The news sparked additional media speculation (which the SEC says turned out to be false) about potential suitors and sale prices. Lawson Software subsequently confirmed that it received Infor's offer of $11.25 per share, but media and analyst reports still speculated about possible acquirers starting a bidding war.

Those companies, however, had told Lawson Software they weren't interested in a deal, the SEC said. The reports nonetheless helped Lawson's stock price climb above Infor's offer. (Twin Cities Business reported at the time on investors’ attempts to profit from the Lawson deal.)

The SEC claims that Richard Lawson knew the reports were inaccurate, that Infor was the lone bidder, and the company wouldn't raise its offer, which the board saw as reasonable. But he allegedly tipped off his brother and Cerullo with nonpublic information—at which point they sold stock at about $1 per share higher than the eventual merger price of $11.25. The SEC claims that the three men reaped a combined profit of more than $2 million.

For more details about the allegations, access the SEC’s official complaint here.

The SEC said Richard Lawson agreed to settle charges for more than $1.5 million, which equates to the amount of money William Lawson and Cerullo received in “ill-gotten gains.” He also agreed to be barred from serving as an officer or director of a public company.

“When news surfaces about the possibility of a merger and details of the media reports are incorrect, it is illegal for insiders who know the true facts to trade and profit,” Stephen Cohen of the SEC’s enforcement division said in a statement.