Publications routinely put the Twin Cities high in rankings, but does it actually amount to anything?
By Andre Eggert
December 01, 2014 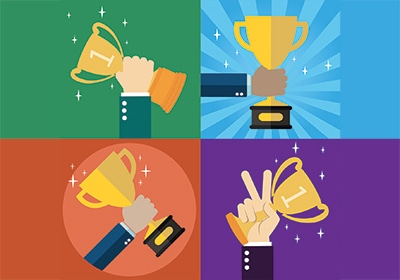 It’s that time of the year again: Ranked Lists Season. And in 2014, the Twin Cities was listed on an awful lot of them. Our chests collectively swelled with pride as we were lauded for our parks, bicycle infrastructure and Midwestern friendliness.

Besides salving our insecurities, is there intrinsic value behind all the questionable methodology? The answer, perhaps surprisingly, is yes.

With Minnesota’s frigid winters and location squarely in the middle of flyover land, getting and keeping talent can be difficult. But companies like Target, 3M and General Mills rely on these lists as part of their recruitment strategy, says Aaron Sackett, an assistant professor of marketing at the University of St. Thomas.

“When these companies are recruiting nationally and internationally, they can talk to candidates about our strong schools, excellent parks and recreation, our active community and really high value of the arts,” Sackett says. “And when it comes from a reputable source, they can say, ‘You don’t have to take our word for it.’ ”

Having a third party confer a ranking on the city is certainly helpful, agrees Kristen Montag, media communication manager for Meet Minneapolis, the city’s tourism and convention booster. “It lends great legitimacy.”

Her organization keeps a nearly exhaustive list of every accolade the city is bestowed. The collection helps pitch the city to conventions, and once a convention has chosen Minneapolis, it can be used to attract people who otherwise see the Twin Cities as nothing more than a “cold Omaha.”

Rankings can also help retain residents who have already made the decision to settle here, says Sackett’s St. Thomas colleague, associate professor of marketing David Alexander: “If I live in the Twin Cities and see it ranked on a list, I get social validation. They’re branding tools, meant to condition people.”

Rarely is the ranker’s methodology or motivation questioned. But that doesn’t mean they become gospel. “Being ranked gets you a date,” says Sackett. “It’s not going to get you any marriage proposals. You’ve gotta deliver.”