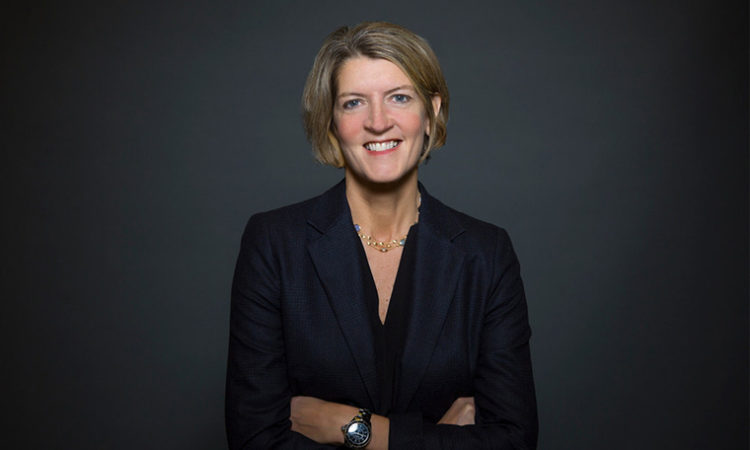 She becomes the first woman to lead the giant agribusiness cooperative.
By Liz Fedor
July 26, 2018

Beth Ford, an Iowa native with 31 years of business experience in six industries, on Thursday was named CEO of Land O’Lakes, Inc.

After serving as chief operating officer of Land O’Lakes, she now takes the helm of an agribusiness cooperative that achieved $13.7 billion in sales in 2017 and is No. 216 on the list of Fortune 500 companies.

In selecting Ford, Land O’Lakes Chairman Pete Kappelman acknowledged that she assumes the role “at a time of unprecedented change in the agriculture and food industries.” Trade and tariff issues have roiled the agribusiness sector. Farm income has dropped as farmers struggle with low commodity prices. And consumer food preferences are in a state of flux.

In a written statement, Kappelman said, “Since joining our company in 2011, Beth has proven she’s not afraid of hard work, and she sees every challenge as an opportunity to deliver more value for our cooperative. She’s built a track record of success in a wide array of leadership roles across a decades-long career, and in her seven years at Land O’Lakes.”

While serving as COO, Ford led the Purina Animal Nutrition, U.S. Dairy Foods and WinField United businesses. She also was pivotal in the Land O’Lakes decision to acquire Vermont Creamery.

Ford becomes the ninth president and CEO of Land O’Lakes and its first woman top executive of the company, which was founded in 1921. While Land O’Lakes is structured as a member-owned cooperative, there are few women leading large businesses in Minnesota. Only a handful of women are serving as CEOs of public companies in Minnesota, including Beth Wozniak at nVent, Vicki Holt at Protolabs and Shelly Ibach at Sleep Number.

At Land O’Lakes, Peter Janzen served as interim CEO for a few weeks following the June retirement of Chris Policinski, who doubled the size of the cooperative since he became CEO in 2005.

In highlighting Ford’s qualifications, the board’s announcement also pointed to the work she did before she became a Land O’Lakes executive. It noted her success in operations management and supply chain positions at International Flavors and Fragrances, Mobil Corp., PepsiCo and Pepsi Bottling Co. and Scholastic.

Ford, who earned her MBA at Columbia’s business school, serves on the board of the Greater Twin Cities United Way and two publicly traded corporate boards, PACCAR and Clearwater Paper Corp.

Ford and her spouse, Jill Schurtz, live in Minneapolis with their three teenage children. Fortune magazine reported that Ford is breaking a barrier within the ranks of Fortune 500 CEOs. Ford becomes the third openly gay CEO of a Fortune 500 company and the first woman, according to Fortune.