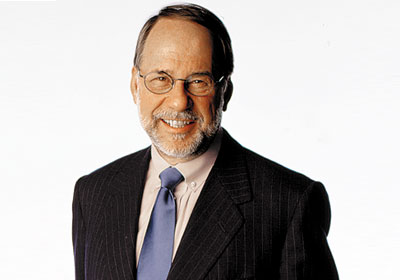 Kudos And A Plea For Silence In The Air

Airline travel has gotten better recently, but we do not need various patrons calling in a loud voice to share the object of their displeasure.
January 31, 2014

Gentlemen:
Now that Santa is safely out of the sky (always cute for the kiddies), this is a good time to look back on the aerial holiday traffic pattern. Most of us who read this column are members of various Medallion and Million Mile clubs, and therefore live in airports and eat in narrow aluminum containers with wings. In past holiday seasons, this writer has had additional time to contemplate the quality of American air travel while sitting on various patches of tarmac. Not so this year.

Airports have gotten better. The most recent J.D. Power ranking of airports shows Old Faithful (MSP) is ranked third-best in the United States. The light rail service that connects the airport to downtown Minneapolis, the Mall of America and the two terminals is nothing short of terrific. And as the new highway signage makes clear, Terminal 1 (Lindbergh) is the main airport, while Terminal 2 (Humphrey) is a secondary location. Delta Air Lines accounts for about three-fourths of all takeoffs and landings at the Minneapolis-St. Paul International Airport and leases the majority of gates at the Lindbergh Terminal. Major competitors United, American and US Airways are operating out of Concourse E. Southwest, Sun Country and Icelandair utilize the H Concourse at Terminal 2.

Food and other customer amenities have been vastly improved at MSP, much of the reason various airport rankings have put our airport in the top five. The Delta Sky Clubs represent one of the best values to the traveling public and are heavily utilized. And how many airports have their own Harley-Davidson store? MSP has one in the main concourse in Terminal 1.

Security lines have been the bane of travelers since 9/11, but they are getting a great deal better. The Transportation Security Administration (TSA) stats are not out yet, but I had practically nonstop travel during the entire holiday period and, at peak travel times at MSP, I never experienced a wait longer than 20 minutes. Frequently it was much faster due to two great innovations: TSA Precheck (tsa.gov/tsa-precheck) and Global Entry (globalentry.gov). TSA Precheck will cut your security waiting time at least in half and is a great deal more convenient. A note to seasoned MSP travelers—there is no TSA Precheck at the alternative “back door” security entrance that opens onto the bridge between the C and G concourses.

Finally, an urgent request from this business traveler. It is true that the Federal Communications Commission voted to seek public comments on allowing cell phone use on domestic flights in the United States. If this is approved by the Transportation Department, travelers will be free to talk on their cell phones on flights equipped with the necessary technology.

Individual airlines can ban in-air passenger calls on their flights. Various polls have shown a large percentage of frequent fliers are opposed to allowing this kind of constant chatter and yakking in airplanes. We already put up with loquacious captains doing their imitations of Cliff Clavin flying over various points of interest. And there are those occasional fellow travelers who seem to have a psychotic need to unburden themselves to any stranger within earshot.

We have also gone this route before. Older frequent fliers will recall that telephones available by credit-card swipe started appearing in the armrests of airline seats 15 years ago. Most of those conversations started with the caller asking the recipient if they knew where they were. We don’t need to have a repeat of that question constantly echoed through the airplane cabin by cell phone. I was once on a flight where one of the fliers was so agitated with an attendant (I think she had cut him off) that he tried to call the airline’s president and, in a loud voice, complained about the attendant.

We do not need various patrons calling in a loud voice to share the object of their displeasure. One can imagine the political discussions you could purposely overhear directed by opponents of Obamacare who may find it funny to call the White House on their cell phone as we approach Reagan National Airport. You can fill in your own example. The point is, if you have any concern for the traveling public, you will continue the ban on the use of voice communication while people are held captive in their aluminum tubes. Otherwise, airline travel has gotten better recently, and I hope you keep it that way.