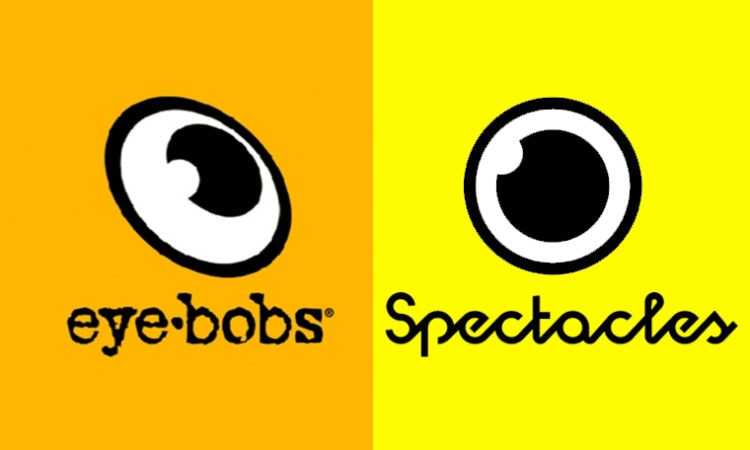 A federal judge in Minnesota ruled that Snap Inc., owner of Snapchat, can continue to use the logo tied to its Spectacles sunglasses, dismissing claims made by Minneapolis-based Eyebobs that the mark infringed on its own logo.

Judge Patrick Schiltz of the U.S. District Court for the District of Minnesota found the local prescription eyeglass maker was unlikely to prove the logos were similar enough to cause irreparable harm to its business.

Eyebobs issued its complaint in mid-December of last year, arguing the Venice, California-based social media giant created a case of “reverse confusion” — a type of trademark law where a smaller, older company looks to protect its brand identity from a younger but more powerful company.

A pivotal issue of the case was the overlapping markets (or lack thereof) between the two companies. Snap felt that its Spectacle sunglasses—which allow users of the app to capture and share short videos—serve a completely different purpose as a “camera product” rather than eyewear.

“Perhaps because people can wear only one pair [of glasses] at a time, Snap provides instructions for putting prescription lenses into Snap’s frames,” Eyebobs argued. Given Eyebobs also sold sunglasses, it felt there was enough of a shared use to cause customer confusion.

“The question in a reverse confusion case—or any other trademark case—is not whether the parties’ products and consumers are exactly the same,” Eyebobs said. “The question is whether market circumstances are such that reverse confusion is likely. Like other trademark owners, Eyebobs’s rights extend beyond the exact products and markets in which it currently operates, and it is entitled, among other things, to a zone of natural expansion.”

Ultimately, the local eyeglasses company felt the similarity of the eyeball logos would lead a Spectacles user or Eyebobs customer to think the two companies were partners, or had collaborated. That confusion, Eyebobs said, would “[usurp] Eyebobs’s trademark rights, eliminating the goodwill Eyebobs has built in its Eyeball Mark, and ultimately [force] Eyebobs to change its brand identity.”

A settlement conference is to be held on July 17 in Minneapolis to other costs or concerns. Alternatively, both parties have the option to issue a settlement on their own but must do so at least two weeks before the meeting.