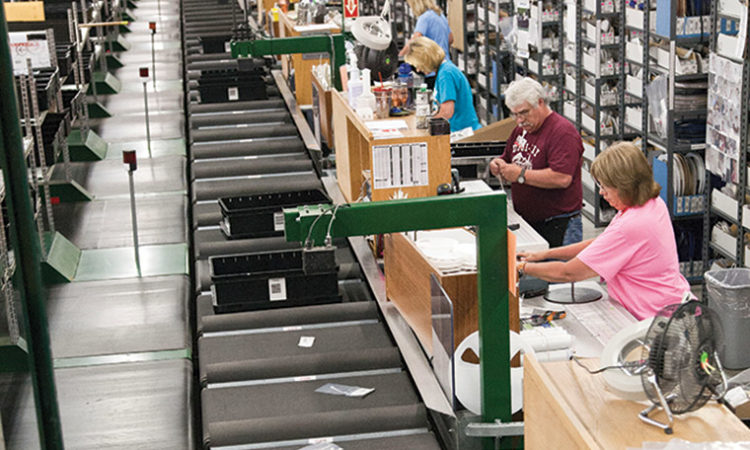 One in five residents of Thief River Falls work at Digi-Key Electronics, a distributor of electronic components that reached $1.84 billion in sales last year.

Digi-Key broke ground in September on constructing a product distribution center that will be 1 million square feet, slightly larger than the old Metrodome. But in a city of fewer than 8,800 people, where will Digi-Key find at least 1,000 new workers—and where will they live?

Those questions were top of mind before DFL Gov. Mark Dayton and a Republican-controlled Legislature approved sales tax exemptions for Digi-Key worth up to $5 million a year. (The new distribution center, material handling equipment, shelving and other furnishings are expected to cost $200 million to $300 million.)

“These are challenges that are difficult, but they are a good type of challenge. It beats the alternative,” says Rick Trontvet, Digi-Key’s vice president of administration. Despite the sparsely populated nature of northwest Minnesota, Trontvet and his colleagues persuaded state officials that they can attract many more employees and house them, using proven techniques.

Of the 3,206 Digi-Key employees who work in Thief River Falls, 1,760 live within the Thief River Falls ZIP code and 1,446 are commuters. The starting wage for entry-level jobs—often in order fulfillment or sales—is $15.68 an hour, and Trontvet says that is coupled with health coverage, 401(k) contributions and other benefits worth $25,640 a year.

“We find that word of mouth is powerful,” Trontvet says, adding that many Digi-Key new hires are the relatives and friends of current workers. People are relocating to the region to work for Digi-Key. Republican state Sen. Mark Johnson, whose district includes Thief River Falls, tells TCB he’s hopeful that tax-increment financing districts and other strategies can increase housing construction. “In the rural areas, developers have had a tough time putting the numbers together to make them work” for new housing units, he says.

Trontvet stresses that housing construction won’t need to occur overnight. The distribution center won’t be completed until 2021, and 1,000 or so workers will be hired over 10 years. Meanwhile, Mark Borseth, community services director for Thief River Falls, notes the city is ramping up for expansion, with 144 apartment units and 20 single-family homes now under development.