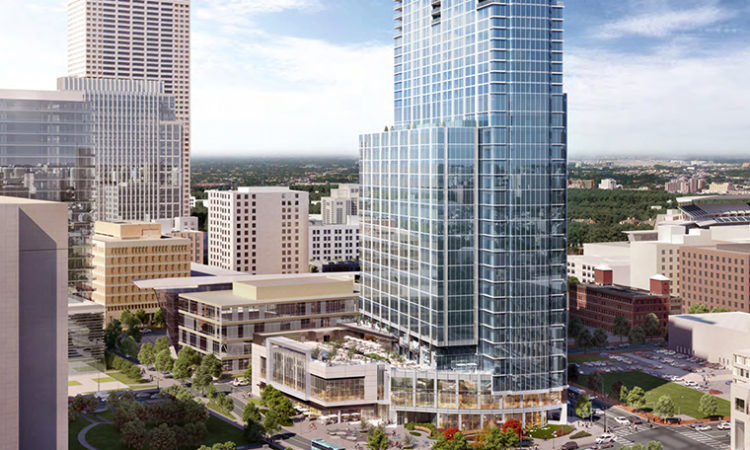 Rendering of the forthcoming RBC Gateway complex at the top of Nicollet Mall.

The company currently maintains an office at 45 South 7th Street. After the 34-story RBC Gateway property is finished in 2021, JLL will occupy 15,000 square feet in the tower.

The firm aims to move into its new digs in early 2022, according to a company press release.

“As our Minneapolis office continues to grow, we are always looking for ways to provide the best office setting for our team,” said JLL managing director Chris Rohrer.

JLL is already providing project and development services for the RBC Gateway project.

Located at the intersection of Hennepin and Washington, the project will feature 531,000 square feet of office space, street-level retail, a public plaza, and a Four Seasons Hotel, which will be the first five-star hotel in Minneapolis.

In the news release, United Properties SVP Rick McKelvey said his company is “very pleased” that JLL has chosen to call the new tower home.

“We look forward to having them as our neighbors in the new building,” he said.