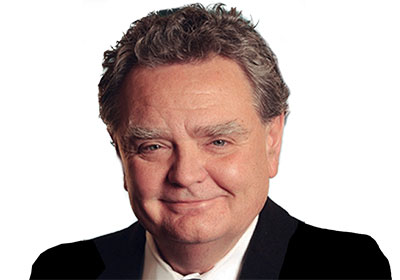 As of this writing, I’m operating fairly efficiently with all my factory-installed parts. No pacemaker, no artificial knee or hip, no pins or screws, no surgical mesh, no wires, no plastic or rubber tubing of any kind. I hope it stays that way for a long time, as the news about medical devices gets scarier by the day. Given the dangers, device makers and the hospitals and doctors who implant the devices into patients should warranty their work against defects and shift the risk of faulty parts and labor to themselves from those who pay the medical bills: Patients, insurers and employers.

Let’s review some of the recent developments that led me to this conclusion. In late September, researchers published a study in JAMA Internal Medicine that found that 42 of a sample of 50 medical devices approved by the FDA from 2008 through 2012 lacked publicly available scientific evidence that the devices were safe, effective or substantially the same as previously approved devices (called “predicate devices”). Then the researchers looked for scientific evidence that the 1,105 predicate devices listed as justification by those 50 were safe or effective. They found that evidence for only 31 of the 1,105 (bit.ly/1DSGsSf). To use a fishing analogy to make the point, that’s like saying a new lure will catch fish because it looks like an old lure that catches fish, but you don’t know anyone who’s ever caught a fish on the old lure.

A few days after the study in JAMA Internal Medicine came out, the FDA published final guidelines in the Federal Register that recommend that manufacturers develop, design and build their medical devices to minimize the risk that those devices will be vulnerable to attack by hackers. Yes, hackers. It now seems possible that someone who doesn’t like you—or more likely doesn’t know you—could kill you by sending a few bits of code to a computer that’s monitoring you and your medical device.

The FDA said, “As medical devices become more interconnected and interoperable, they can improve the care patients receive and create efficiencies in the healthcare system. Some medical devices, like computer systems, can be vulnerable to security breaches, potentially impacting the safety and effectiveness of the device” (1.usa.gov/1vcXELN).

A key word in the above quote from the FDA is “interconnected,” which leads me to the “Internet of things.” The Internet of things essentially is an Internet through which devices talk to other devices without human intervention. They look up themselves. The market for Internet-of-things technologies will reach $1.9 trillion in 2020, with health care representing $285 billion, or 15 percent, of that market, according to the technology consulting firm Gartner (gtnr.it/1h780GZ).

The final scare comes from a study that appeared in late October in the Annals of Internal Medicine. Researchers found that 20 percent of more than 1,000 physicians who treated 990 patients at three academic medical centers didn’t know that the patients had central venous catheters, which are medical devices that allow medications to be delivered directly into a major vein via an external tube (bit.ly/1rPgO7d).

When you put it together, you have medical devices whose quality and safety record are uncertain being put into people where the devices can conspire with one another—if they’re not already being sent nefarious instructions by cyberterrorists—with human beings oblivious to all that is happening. Count me out.

Perhaps similar concerns prompted Consumers Union, the policy branch of Consumer Reports, in 2013 to call on medical device manufacturers to place warranties on their hip and knee implants. Under the plan, device manufacturers would be required to replace defective hip and knee implants for free if they go bad. Not only would the replacement devices be free, but the manufacturers would be on the hook for the cost of repeat procedures, including paying all hospital and doctor bills, and for patients’ out-of-pocket expenses (prn.to/10gDMhp).

Meanwhile, a handful of forward-looking hospital systems have begun placing warranties on hip and knee replacements and other surgical procedures. Among them is Virginia Mason in Seattle, which unveiled its warranty program in September, saying it “… protects patients and their insurance companies or employers from incurring additional costs for treatment of avoidable, surgery-related complications” (bit.ly/10gGPGv).

Smart employers should ask their health insurance carriers, the hospitals and doctors they contract with, and the companies that make the devices they implant in employees if they warranty their products and services. If they don’t, employers should ask them why not? If you’re too shy to ask, don’t worry. My plans are to float this column by a number of Twin Cities device makers and health care providers and ask them for you. I’ll report their answers in a future column. You also can tell me what you think about my warranty idea for medical devices and implant procedures. Drop me a line at dburda@msp-c.com, and I’ll include your thoughts in that column as well.